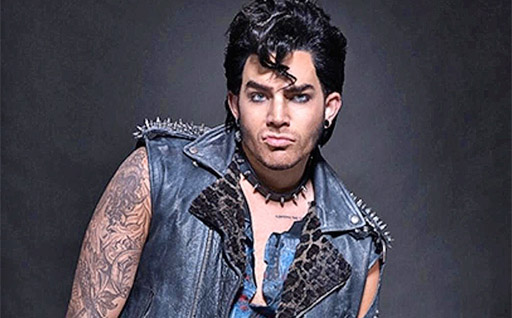 In advance of the premiere of Fox’s reboot of The Rocky Horror Picture Show on Thursday at 8PM ET, we get a quick tease of Adam Lambert (American Idol) rocking out on some “Hot Patootie” as “Eddie” from the cult musical.

It turns out, though, that Lambert took some twists and turns in the early phase casting for the TV movie.

When he was asked to play the part of Frank-N-Further in the Kenny Ortega-directed remake of The Rocky Horror Picture Show, American Idol winner Adam Lambert refused, as being “cis and playing the role of a trans character… felt inappropriate” to him.

Instead, the role went to the spectacular Laverne Cox, who’s portrayal has already got fans whipped into a frenzy of excitement. But, not wanting to miss out on the action, Adam took on the role of Eddie in the retelling of the 1975 cult musical classic.

Speaking to Out Magazine at the time, Lambert said: “When they started announcing the cast, I said, ‘Wait a minute — what about Eddie? I wanna play Eddie! I could do that — that’s like one song. Let me just come in and do a bit part!’ Because I really, really wanted to be a part of it.”