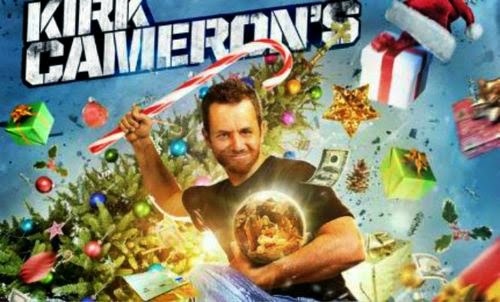 Kirk Cameron and his Saving Christmas movie cleaned up last night at the 35th Annual Razzie Awardss last night, officially making his film the worst of all time.

Former Growing Pains star Kirk Cameron’s overtly religious movie about putting the “Christ” back in “Christmas” was the Sam Smith of the Razzies; like Smith at the Grammys, Cameron and Saving Christmas took home awards in four of the six categories the film was nominated in, including wins for the prestigious Worst Picture and Worst Screenplay Golden Raspberries. Cameron was also awarded Worst Actor and Worst Screen Combo for him and his ego.

In addition to its four Razzies, Saving Christmas also owns the distinction of being the Worst Film Ever according to IMDb as well as a member of an elite club of movies that scored a perfect 0 percent on Rotten Tomatoes. Saving Christmas beat out Left Behind, the Teenage Mutant Ninja Turtles reboot, The Legend of Hercules and Transformers: Age of Extinction for the Worst Picture honor. 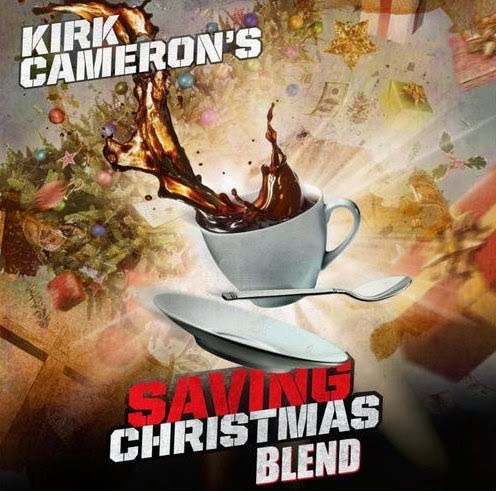 As if his huge flop of a movie, Saving Christmas, wasn’t enough, semi-famous homophobe Kirk Cameron has begun selling a companion line of coffee with the tagline, “Brew every day like you are saving Christmas.”

Anti-gay NOM spokesman Kirk Cameron has responded to the request of a meeting by a group of bullied New Jersey kids.

His response was “no.”

I promise you his goal is not one of trying to hurt people in any way, in fact it is just the opposite. He has a concern for their well being – not only now, but eternally. He goes out to share a positive message through events like this weekend and I assure you he will only be presenting a positive/ inspiring message. I would like to suggest if you really are interested in Kirk’s thoughts on the matter, you can listen online to the interviews and comments Kirk has shared where he was given ample time to communicate his heart and thoughts. I hope you can attend the event and see for yourself.

Garden State Equality responds: “Kirk Cameron has asked us to look into his heart. Now we know the sentiment there: ‘Let Them Eat Hate.’”

I’m not sure I understand Kirk’s reticence to meet with these kids. If he truly wants to help and communicate with them, isn’t face to face the most direct way to do so?

Let’s remember some of Kirk’s “positive/inspiring messages” like this one on CNN where he says homosexuality is “unnatural, detrimental, and ultimately destructive to so many of the foundations of civilization”:

A few months ago the National Organization for Marriage (NOM) got caught in court documents blatantly trying to create resentment between the LGBT community and other minority groups.

Among all their underhanded race-baiting tactics, was the revelation that they were also seeking out “non-cognitive elites” to be celebrity spokespeople for their anti-LGBT cause.

Sorry to be the bearer of bad news to all you other non-cognitive types who had applied for the “celebrity anti-gay spokesperson” job, but it looks like the position is being filled by former Growing Pains star Kirk Cameron.

“Kirk Cameron and the anti-gay activists at NOM are making a claim that Americans know to be false,” said GLAAD President Herndon Graddick.

“This rhetoric won’t work anymore. Communities across this country love and cherish their LGBT neighbors, friends and family members. This includes people in families headed by LGBT people. Their implication that LGBT couples can’t create loving and stable homes is not only outdated and irrelevant; it’s designed specifically to hurt those families.”

Earlier this year thousands spoke out against Kirk Cameron’s statement that being gay was “unnatural,” “detrimential,” and “ultimately destructive to so many of the foundations of civilization” including celebrities Kristin Chenoweth, Jamie Lee Curtis, Jesse Tyler Ferguson as well as Cameron’s former Growing Pains co-stars Tracey Gold and Alan Thicke.

Some other famous kids of the ’80s and ’90s want you to know that gays rule and Kirk Cameron drools.

As previously reported, the ex-Growing Pains star told Piers Morgan last month of homosexuality: “I think that it’s unnatural. I think that it’s detrimental, and ultimately destructive to so many of the foundations of civilization.”

On the subject of gay marriage, Cameron told Morgan, “Marriage is almost as old as dirt, and it was defined in the garden between Adam and Eve. One man, one woman for life till death do you part. So I would never attempt to try to redefine marriage. And I don’t think anyone else should either. So do I support the idea of gay marriage? No, I don’t.”

Kirk Cameron is worried his anti-gay comments will affect his new “movie” so he’s in damage control mode.

You may remember a couple of weeks ago he said on Piers Morgan’s show on CNN about homosexuality: “I think that it’s unnatural. I think that it’s detrimental and ultimately destructive to so many of the foundations of civilization.”

His spin later was to say that that means he loves gay people and even has gay friends.

On Fox News he said “I don’t change my feeling about the comments. What disheartens me (is that Piers Morgan took) “some answers, reduce[d] an important and personal and sensitive issue to a four-second sound bite and toss[ed] it into a community to start a political bonfire. [To] really upset people you’re saying you’re looking to protect…is disingenuous.”

What’s disingenuous is Kirk trying to say he blurted out a “four-second soundbite” when the discussion about the subject was actually almost three minutes. Kirk had plenty of time to be thoughtful and make his feelings clear. Which I think he did.  And Piers Morgan didn’t “toss” any sound bite out into a community.  Kirk said it – and the world heard.

Kirk also gave an interview to The Daily Beast where he said this:

“When my friend who came to me and said you’re the first person I’m telling this to, I’ve known you for 10 years, I’m gay. I could tell how difficult it was. It’s personal. It’s sensitive. It’s difficult. He was nervous what my reaction would be. I said, ‘Dude, you know me. I love you. There’s nothing you could ever tell me that would make me not love you and care about you.’ If Piers had asked me that: what do you think about homosexuals? What do you think about the gay community?”

On what he’d do if his son was gay:

“It does grieve me to think there are people misunderstanding my heart on an issue. If my kids came to me and said I’m gay, I’d say, ‘Son, I love you.’ That’s never at stake. Never, never, never at stake. We’ll talk and we’ll go through life together and we’ll work through our thoughts and feelings and we’ll come to what’s healthy. You’ll make your decisions and I’ll make mine.”

When Ramin Setoodeh asks about gay marriage, Cameron’s publicist interrupts: “I don’t mean to interrupt. I think we’ve gone enough into it. The gay marriage, I just want to stay away from it. It’s just so polarizing.”

And I think that says all you need to know. Kirk Cameron wants you know he loves gays, but let’s not talk about things that are “polarizing.”  He wants to give interviews hoping you’ll like him, but he can’t talk about the issue that started it all.

UPDATE: After Kirk spent the day doing damage control, Piers Morgan tweeted an invitation to Kirk Cameron to come back on his show uncensored and discuss the gay issue.

Rosie O’Donnell calls Kirk Cameron out for his “unchristlike” shaming of gays.

Rosie says if homosexuality was unnatural to gay people, “we wouldn’t be gay.”

Cameron appeared on Piers Morgan’s CNN talk show and when asked his opinion of homosexuality, said it’s “unnatural.” He continued, saying, “I think that it’s detrimental, and ultimately destructive to so many of the foundations of civilization.”

In an email response sent to ABC News, Kirk Cameron has released a statement regarding what he considers the “hate speech” directed at him after he said on Piers Morgan’s CNN show that homosexuality is “unnatural,” “detrimental,” and “ultimately destructive to so many of the foundations of civilization.”

“I spoke as honestly as I could, but some people believe my responses were not loving toward those in the gay community. That is not true. I can assuredly say that it’s my life’s mission to love all people.”

“I should be able to express moral views on social issues,” he said, “especially those that have been the underpinning of Western civilization for 2,000 years — without being slandered, accused of hate speech, and told from those who preach ‘tolerance’ that I need to either bend my beliefs to their moral standards or be silent when I’m in the public square.”

He concluded, “I believe we need to learn how to debate these things with greater love and respect,” and added, “I’ve been encouraged by the support of many friends (including gay friends, incidentally).”

So Kirk Cameron uses words like “unnatural,” “detrimental,” and “ultimately destructive” regarding the LGBT community – says that those words are “loving” – and then says HE is the victim of “hate speech” when people react.

Riiiiiight.  Now I get it.

‘Growing Pains’ co-star Tracey Gold, made famous by her portrayal of Carol Anne Seaver on the 1980s classic, spoke out in support of equality on Sunday after her TV brother and fallen teen idol Kirk Cameron told CNN’s Piers Morgan that being gay is “unnatural,” “detrimental” and “ultimately destructive to so many of the foundations of civilization.”

On Twitter, Gold posted “I am a strong supporter of the #LGBT Community, and I believe in equal rights for all. #NOH8 #LOVE”