• For the first time in five years, the LGBTQ community not only received full-throated support from the man in the Oval Office, but President Joe Biden, First Lady Dr. Jill Biden and Vice President Kamala Harris all issued video greetings to LGBTQ Americans for Pride Month 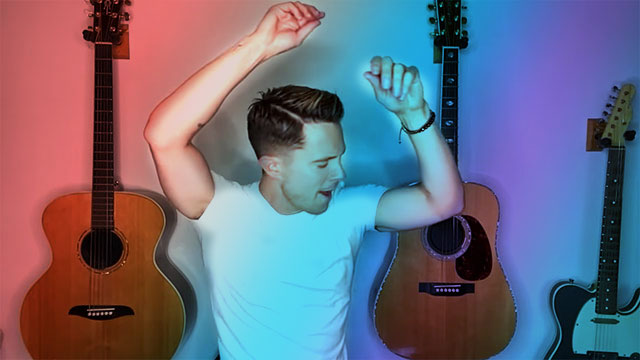 Acclaimed out singer/songwriter Eli Lieb drops his awesome new single and music video, “Boys Who Like Boys,” and it’s totally on point not only for Pride Month, but every day.

I’m happy to admit that when a new Eli Lieb song drops, I run to hit play. Eli hits it out of the park every. single. time.

Eli finds his way to the center of his songs with uncluttered focus and gives voice to what I think of as the ‘every gay’ (as opposed to the ‘everyman’).

Not only do his lyrics swagger like a boss, but Eli knows his way around a strong hook and when to drop those stadium drums for maximum effect. Some days, I feel like he’s our Bryan Adams of today.

Plus, Eli enlisted the help of choreographer Tyler Malone who passed out the steps to friends and fans of Eli. The result is a rainbow of folks contributing their shade of pride for this anthemic track.

It just all works – to great effect. Hit play and enjoy.

You can find my previous coverage of Eli’s catalogue here. Celebrate him, his music and Pride. 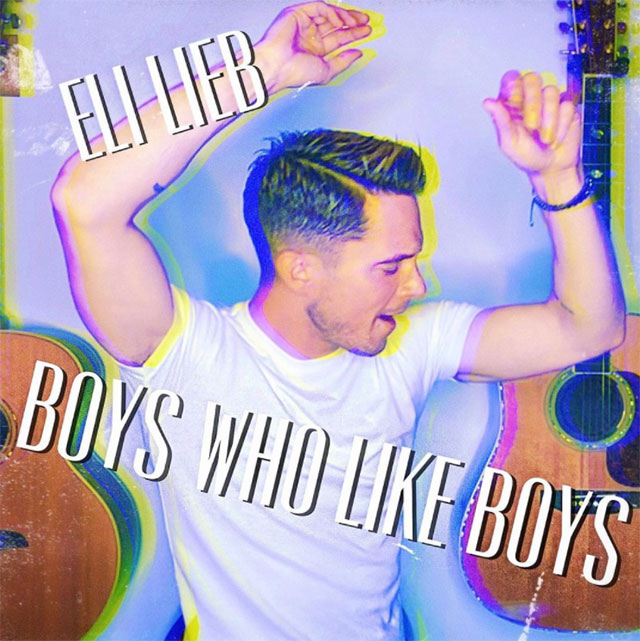 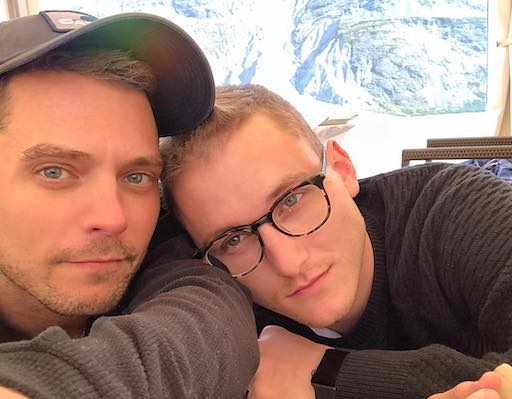 Randy Report favorite Eli Lieb is happy in love, and he’s sharing the receipts in his new music video, “I Want It All.”

The bouncy, buoyant summer bop is a paean to his year-old relationship with boyfriend, James Tyler Malone. 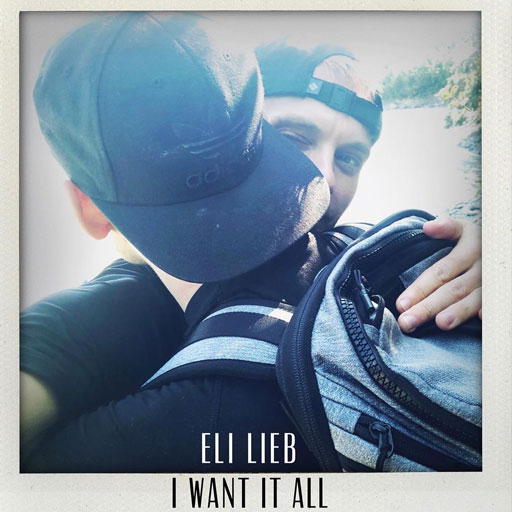 The music video utilizes video Lieb shot while he joined Malone on a cruise ship where the bf worked as a dancer. Rather than do the long-distance thing, Lieb packed up and joined Malone for months on the ship traveling to Alaska, Hawaii and Mexico.

Lieb told Billboard that he wanted the song to be a upbeat tribute to the “very unconventional” beginning of his relationship, as well as a positive snapshot of queer love.

“During Pride Month, I wanted to put something out that showed a real-life relationship blossoming, rather than just a scripted one,” he says. “I’m hoping the viewers will really be able to get a sense of that excitement and celebration of finding newfound love, in a real and palpable way.”

Check out the music video below. The song is available now on all digital download sites.

Back in March, Lieb wished Malone a happy birthday writing, in part, “I waited so many years for you and now that we finally found each other, I am so grateful we never have to go without.”

And in November, the boys got matching tattoos to celebrate their relationship.

I have to say, it’s nice to report some happiness in the world.

What? You thought I wasn’t going to count down and recap the year that was 2018?

Here’s my take on the best that the year had to offer in terms of LGBTQ music, movies, television and pop culture moments, as well as the stories that resonated most with my readers.

Please kick back, pour a cocktail, and take a little journey on the way back machine as I review 2018 in terms of the LGBTQ community.

And, as always, I would muchly appreciate it if you would share The Randy Report podcast with your friends.

So, here we go. Let me know in the comments what you thought I might have missed.

See you all in 2019! Thanks to all of you for visiting The Randy Report. It totally wouldn’t be any fun without you here. 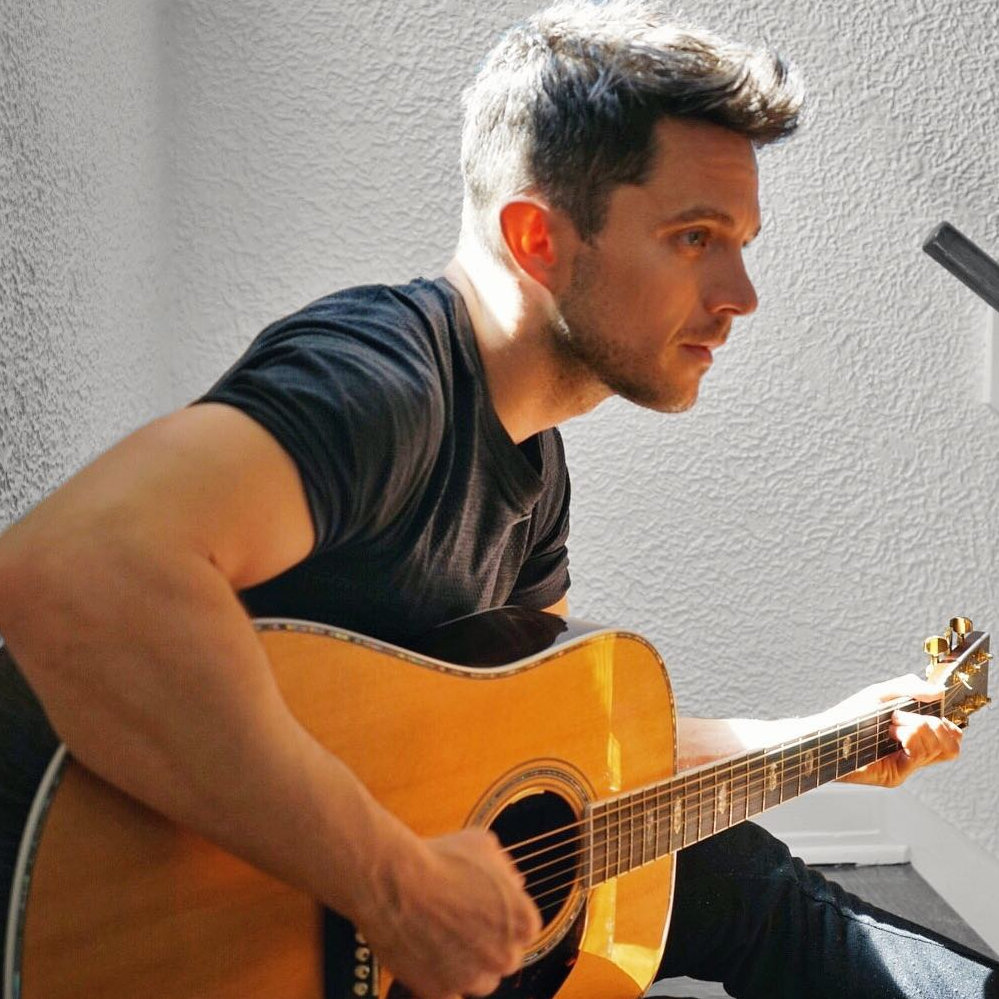 Out singer/songwriter Eli Lieb shares this uplifting music video for his song, “When You Need a Friend,” which Eli wrote in the aftermath of a young, male transgender student as his old high school committing suicide.

Backed by The Trevor Project, Eli returned to his old school to reach out to kids there and spread some love.

“I wrote, ’When You Need A Friend’ inspired by his memory, but also for anyone in need,” he says. “I wanted people to know that times can be really tough but if you keep fighting through them, there’s a bright future ahead. I also wanted people to feel like they have a friend in me, even if they don’t know me personally. I want people to feel like when they play this song, that I am there with them offering support.”

If you read The Randy Report with any regularity, you know I’m a big fan of Eli and his music. Click here for more of my coverage of Eli.

Hit play on the video below, and you can also check out my recent interview with Eli for The Randy Report podcast. 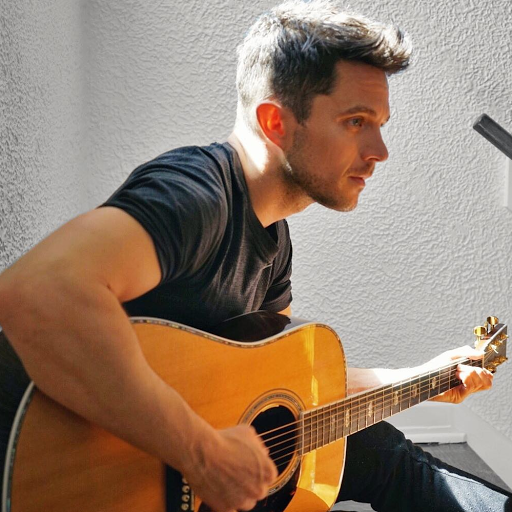 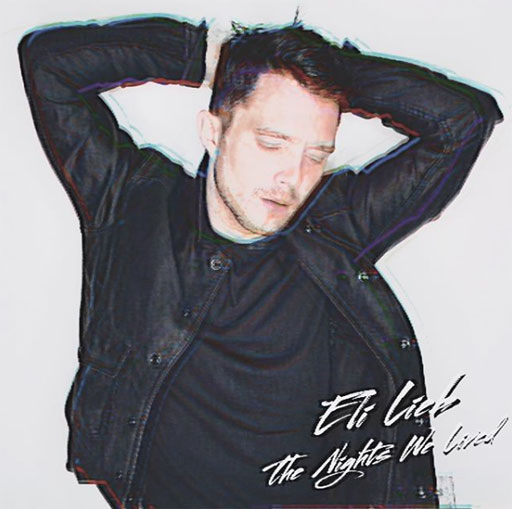 Randy Report favorite Eli Lieb has released his new album The Nights We Lived and a new music video for the title tune.

Out and proud indie singer/songwriter Eli Lieb recently released his new album, The Nights We Lived.

In July of 2013, Eli got the attention of the music world with his power pop anthem, “Young Love.” Music blog Idolator called it “an instantly catchy, uplifting pop/rock anthem that sounds like a cross between Katy Perry and Bruce Springsteen.”

Thanks to its strong pop hook and a message of living out and proud, the song and the video struck a chord with many people. The music video for “Young Love” since garnered almost 8 million YouTube views.

I recently spoke to the handsome artist about his work.

Asked if he sets out to tell a specific story in his music, Eli says, “A lot of times my songs really do just come out. When I look back at it, it’s almost like I don’t really remember writing it. Whatever comes out, I just let it be, and it’ll very quickly start to manifest and I’ll understand what it’s about.”

“I write songs and I somehow have managed to be able to put experience into a song.”

Having spent some years in Los Angeles, and although he acknowledges good friends there, Eli is open about how it wasn’t a good fit for him.

“It was just so dog-eat-dog and every cliché you hear about it is true. It’s very, very hard to find a genuine relationship and to trust a genuine relationship because everybody has some ulterior motive, and if they think you’re a shiny object, they’re all over you,” says Eli. “And then the second they see any kind of scuff in that shine, they’re gone.”

You can check out my interview via podcast below:

Eli says the title track of his latest album, “The Nights We Lived,” is his most intimate recording yet.

“It documents specific time periods in my life,” he said. “I picked this song as the title track to the album because the whole record is an accumulation of experiences that have lead to who and where I am today.”

The music video uses footage spanning 15 years as Eli takes a musical look back, and it’s a life full of ups and downs, including a complicated, abusive relationship:

When I was 29 I fell in love with a monster

Hidden in the sly cloak of a charmer

Plotting to destroy all of me

That’s when I learned what love and abuse was

Yeah I think I still have a few of his scars

If you look closely you can see

As a journalist who loves mainstream pop music, I’m happy to share Eli’s latest music with you.

As a pop music fan, I can honestly say I personally plunk down my money to buy Eli’s music. I think he’s great. He connects; he’s open; and he understands the power of music.

And as an LGBT activist, I’m always jazzed to see an artist as talented as Eli present our lives and loves so fully in his music.

Check out the music video for “The Nights We Lived” below. You should definitely check out more of his music on his YouTube channel here. (“Zeppelin” totally kills…) 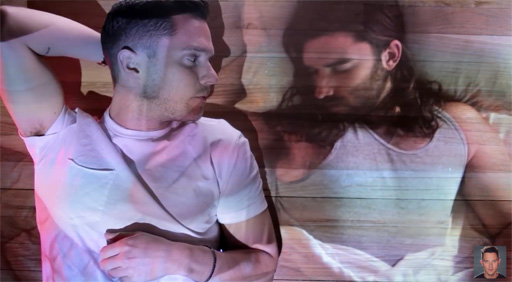 Randy Report favorite Eli Lieb drops his latest single, “Next To You.”

Creative use of video projections here as the woofy object of Eli’s affections doesn’t even see the handsome singer.

As always, top-shelf production and a strong hook make this another winner from Eli.

I’ve shared Eli’s music often on The Randy Report – check out more of his music here.

On this week’s podcast:

• The Chairman of the Joint Chiefs of Staff says transgender military members who meet physical and mental requirements should be able to serve in the U.S. military

• Azerbaijan is now rounding up and torturing gay men

• Will & Grace triumphantly returns to network TV after 11 years

All that and more on this episode of The Randy Report podcast.

Listen below. Catch up on LGBT headlines in only a few minutes, and if you like – hit the Share button for your social media 🙂 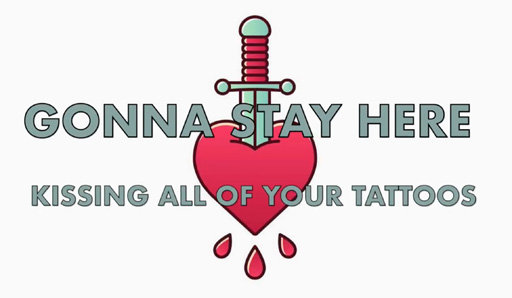 Out singer/songwriter/producer Eli Leib contrasts a tentative, halting verse with a chorus that explodes with a visceral tribal drum beat in his latest single, “Kissing Your Tattoos.”

Considering the intimate perspective of the lyrics, it’s powerfully spot on.

I think I know several folks who can relate to the moment.

Whether it’s the unbridled exuberance of his “Zeppelin” or the tender “Safe In My Hands,” Lieb always finds the sweet spot in his achingly personal musical creations.

I’m a longtime fan of Eli having featured him several times on The Randy Report. Check out more posts on the talented Mr. Lieb here.

In this mid-week podcast from The Randy Report, two big stories:

• President Trump bans – via tweet – any transgender individuals from serving in the U.S. military calling them “a burden.”