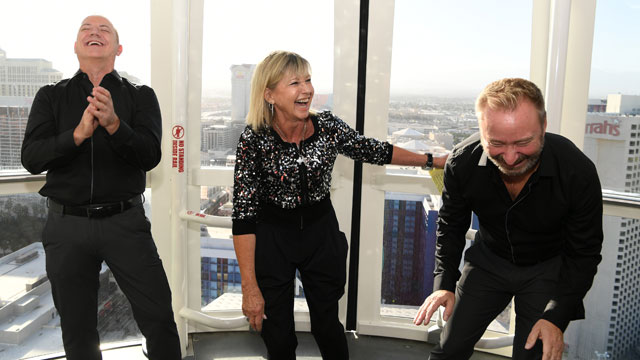 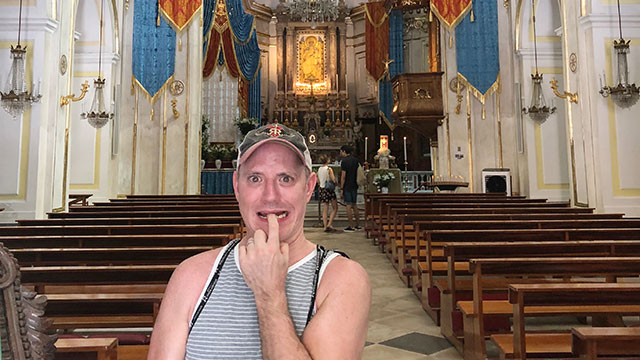 • Throwback Thursday: Remembering that time Michael and I visited Portofino in 2018 and stopped by a beautiful little church (above). We were happily surprised when Michael didn’t spontaneously combust 🙂

• Tuscon.com: Arizona Gov. Doug Ducey says he’s “against discrimination in all its forms” but won’t support extending state laws to prohibit discrimination against LGBTQ people. He does support the recent Arizona Supreme Court ruling that allows Christian owners of a calligraphy firm to refuse to prepare wedding invitations for same-sex couples.

• Sacramento Bee: The 1st District Court of Appeal in San Francisco ruled that a Sacramento-area transgender man can sue Mercy San Juan Medical Center over the last-minute cancellation of his hysterectomy, overturning a lower-court ruling that dismissed the case. The patient contends his surgery was canceled due to anti-transgender bias.

• HuffPost: Focus Features’ Downton Abbey ruled over the box office competition in North America this past weekend. The big-screen continuation of the popular British TV show beat expectations with $31 million when it debuted in 3,079 theaters, setting a new opening weekend record for the studio.

• Washington Post: A new study shows 78 percent of the most influential jobs in Donald Trump’s White House have turned over during his tenure, a figure higher than those for the entire first terms of the previous four administrations.

• National Voter Registration Day: President Barack Obama (and I) want to encourage you to not only register to vote, but VOTE! Check to see if you’re registered by clicking over to IWillVote.com OR text VOTER to 26797 to make sure you are registered to vote and get alerts for all your elections.

On National Voter Registration Day, it’s up to us as citizens to make sure everyone we know can make their voices heard at the ballot box. Check and update your registration at the link in my bio — and tell your friends, too. 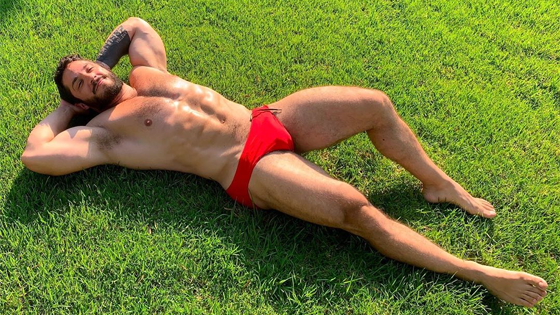 • InstaHunks: Steve Raider (above) is giving you total lawn lounging. Talk about ‘splendor in the grass’…

• Metro: In the upcoming big-screen iteration of Downton Abbey, closeted valet-turned-butler Thomas Barrow (played by Rob James-Collier) gets his own storyline offering emotional insight – joy and otherwise – into what it was like to be gay in the 1920s. The film opens in theaters September 20.

• CNN: As far back as the 1990s, Vice President Mike Pence argued that homosexuality was a choice during his fight against local efforts in Indiana to ban discrimination based on sexual orientation.

“I like to think I’m holding a mirror to what it is that we do every day, as a culture – what we worship, how we consume, how we cope,” says Duff. “That’s where the visuals really aid in my storytelling.” 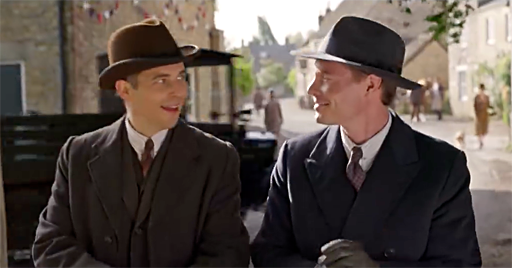 The first full trailer for the upcoming Downton Abbey movie is here, and it features some same-sex lip lock action.

“Life is settling into these new realities when this event happens at Downton that brings everyone together, “ Engler shared with EW. “The story line has expanded the scale of it. It takes the things you love about Downton – the romance, the intrigue, the pageantry – and makes it bigger.”

In the new trailer, it’s revealed that Lord and Lady Grantham (Hugh Bonneville and Elizabeth McGovern) receive news of a royal visitation to Downton Abbey by none other than the king and queen of England. 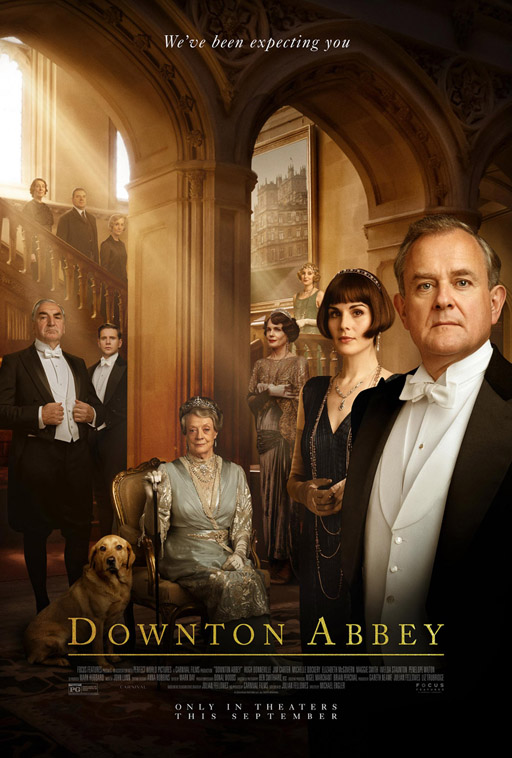 The estate whirls into action preparing for the occasion, but Lady Mary (Michelle Dockery) feels the need to call in the heavy artillery. So, she reaches out to retired butler Carson for help.

Of course, Carson could never say ‘no’ to Mary. “I’ll be there in the morning.”

Midway through the new trailer, it appears that sometime-villain and butler Thomas Barrow (Robert James-Collier) has found himself a boyfriend as we glimpse him strolling with, and then kissing, a handsome young man.

And, of course, it wouldn’t be Downton Abbeywithout some witty repartee from the Dowager Countess of Grantham (Maggie Smith).

Over its 6 seasons, the series won 3 Golden Globe Awards and 15 Primetime Emmy Awards (69 Emmy nods in total), making Downton Abbeythe most nominated non-US television show in the history of the Emmys. 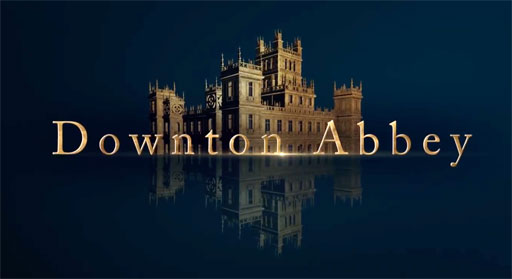 Executive producer Gareth Neame tells EW about the upcoming cinematic event that will be Downton Abbey:

“It’s a return to these really beloved characters and seeing them in new sets of circumstances and how they will deal with those, and hopefully, a good mix of the drama, comedy, and romance that had been the mainstays of it all.”

Squeee!!! We love Downton Abbey here at my house!!!

Watch the teaser below. 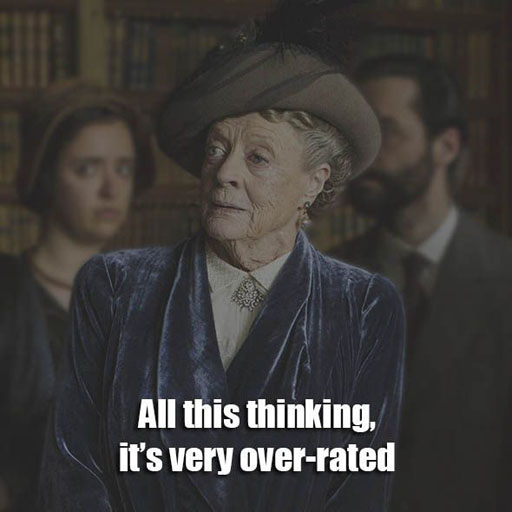 The hit British TV drama Downton Abbey is finally getting its own movie.

The most successful costume/period series in 40 years, Downton Abbey picked up three Golden Globe Awards and 15 Primetime Emmy Awards over its six seasons (2010-2015).

According to PEOPLE, principal cast members Maggie Smith, Michelle Dockery, Laura Carmichael, Joanne Froggatt, Hugh Bonneville and Elizabeth McGovern are all returning as well as many other longtime cast members.

No word yet, though, as to whether Robert James-Collier will return as the semi-villainous gay butler, “Thomas Barrow.”

Throughout the show’s six seasons, Barrow fell in love with straight men, underwent conversion therapy in an attempt to ‘cure’ his gayness and attempted suicide. In the series finale, however, he was recommended to become the new head butler for the estate.

The TODAY Show paid a visit to Highclere Castle in north Hampshire, UK to get a first look at the upcoming film set to premiere September 20, 2019, in the United States.

The creators, cast and crew are all being very tight-lipped about any storyline or even a hint about what may be in store for the the Crawley family and the servants who worked in their country home.

Although, in the video report below, Hugh Bonneville does attempt to trick us with his own fake storyline.

Handsome Allen Leech, who plays “Tom Branson,” recently told Vanity Fair that the film will be emotional. “It’s Julian (Fellowes) — you’re going to have tears. He’s never too saccharine-sweet, so be prepared for everything.”

“It’s a big, epic story that’s definitely going to fill the big screen,” Leech continued. “That was our worry about taking the show from the small screen to the big screen. But you have Julian Fellowes, who won an Oscar for writing, and he’s done a great job with the story.”

Alastair Bruce, who serves as the historical advisor on the project recently posted on Twitter, “Last night, we left @HighclereCastle after the filming [what] we needed for the upcoming #DowntonAbbey film – we staged the last scene in the kitchen courtyard – exactly where we shot the very first @DowntonAbbey scene at the start of filming for series 1 #whatajourney.”

Last night, we left @HighclereCastle after the filming we needed for the upcoming #DowntonAbbey film – we staged the last scene in the kitchen courtyard – exactly where we shot the very first @DowntonAbbey scene at the start of filming for series 1 #whatajourney @FocusFeatures pic.twitter.com/lAHGTUULZn

Cast and crew preparing to shoot a scene in a very recognisable bedroom! Can you tell us who it belongs to? #DowntonAbbeyFilm pic.twitter.com/KBpNfCYOBH

For a time, there were questions as to whether the delightfully droll Dame Maggie Smith would return for the film

During an appearance on the Graham Norton Show, she was asked if she was glad the show was over and she answered in the affirmative, “Oh yeah.”

“By the time we finished, [The Dowager Countess] must have been about 110. It couldn’t go on and on, it just didn’t make sense,” she continued.

And during an interview at the British Film Institute, she worried aloud if the tale had been told. “I just think it’s squeezing it dry, do you know what I mean?” she said.

Happily, though, Smith will be back and we’re already prepping ourselves for more of her drop-dead zingers. 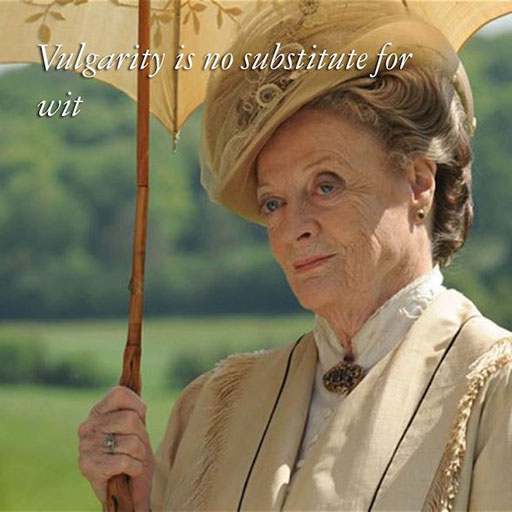 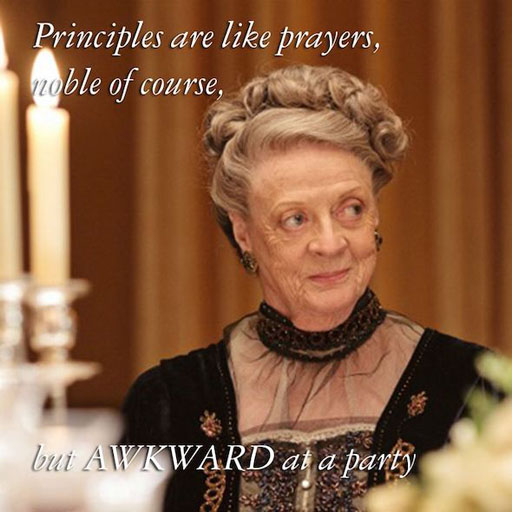 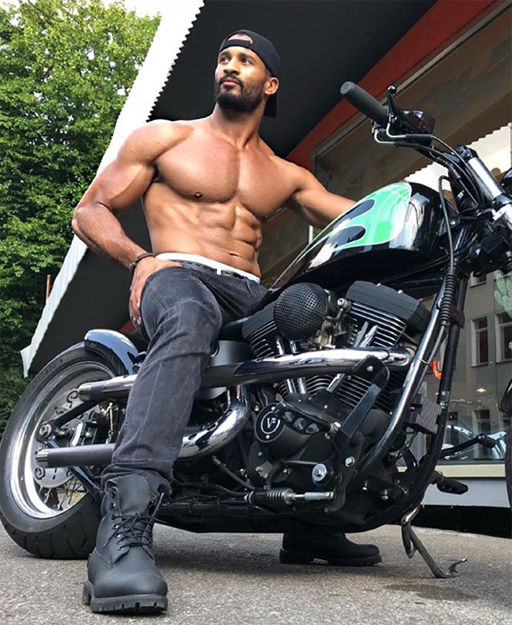 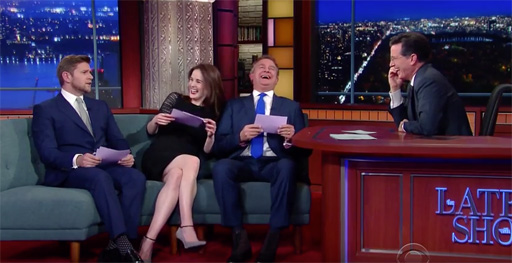 Something’s just not quite the same… 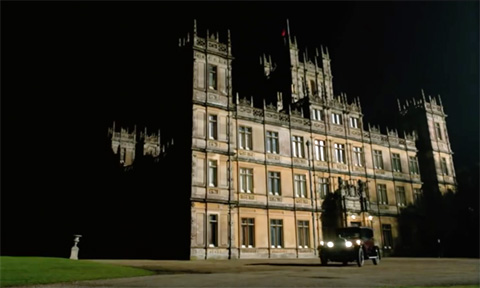 The sixth and final season of Downton Abbey will premiere on ITV September 20th, and so, there’s a new appropriately melancholy trailer as the denizens of the estate prepare to head off in their separate directions.

I know it’s really just a fancy soap opera, but I love it.

“Downton Abbey” airs on PBS in the United States and the new season is scheduled to start on January 3, 2016. 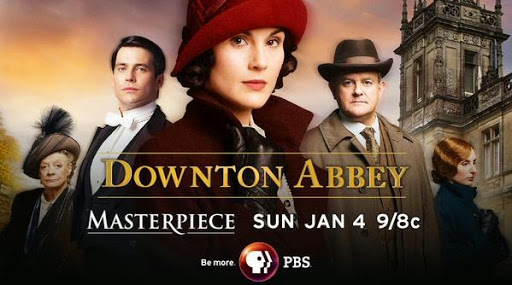