The Washington Post is reporting at least four national security officials found the Trump administration’s attempts to pressure Ukraine for political purposes so disconcerting that they raised concerns with a White House lawyer both before and immediately after Donald Trump’s July 25 call with Ukraine President Zelensky.

The nature and timing of the previously undisclosed discussions with National Security Council legal adviser John Eisenberg indicate that officials were delivering warnings through official White House channels earlier than previously understood — including before the call that precipitated a whistleblower complaint and the impeachment inquiry of the president.

At the time, the officials were unnerved by the removal in May of the U.S. ambassador to Ukraine; subsequent efforts by Trump’s lawyer Rudolph W. Giuliani to promote Ukraine-related conspiracies; as well as signals in meetings at the White House that Trump wanted the new government in Kiev to deliver material that might be politically damaging to Democratic presidential candidate Joe Biden.

Those concerns soared in the call’s aftermath, officials said. Within minutes, senior officials including national security adviser John Bolton were being pinged by subordinates about problems with what the president had said to his Ukrainian counterpart, Volodymyr Zelensky. Bolton and others scrambled to obtain a rough transcript that was already being “locked down” on a highly classified computer network.

So, basically, the ‘transcript’ of the call released by the White House is the PG-13 rated version.

And the Justice Department refused to pursue the whistleblower complaint even though security officials had already sounded urgent alarms…?

A former Arkansas judge was sentenced Wednesday to five years in federal prison for dismissing minor criminal cases in exchange for nude photographs or sexual favors from male defendants.

O. Joseph Boeckmann, a former district court judge in Cross County, pleaded guilty in October to wire fraud and witness tampering. He admitted on Wednesday that the seven-year-long scheme defrauded cities and counties of money and property they should have received as fines or fees from the people whose cases were fraudulently dismissed.

U.S. District Judge Kristine Baker also fined 72-year-old Boeckmann $50,000 and sentenced him to three years of supervised release after he does his time.

Prosecutors said Boeckmann admitted abusing his judicial position to dismiss traffic citations and misdemeanor criminal charges for young men in exchange for what he claimed was “community service.” He used his access to them during their purported community service to take photographs of them in compromising positions.

While many say Judge Boeckmann wasn’t given enough time, Judge Baker, the federal judge who sentenced him, nearly doubled the sentence recommended in guidelines. https://t.co/2m9SSaf8Q2 pic.twitter.com/Fyk2nFdsG2

Prosectrs said Boeckmann admitted abusing his position to dismiss citations & misdemeanor crim. charges for young men in exchange for “community service,” using this guise to take photographs of them in compromising positions.https://t.co/7MMt5i4rAX
Story by @eidelagarza 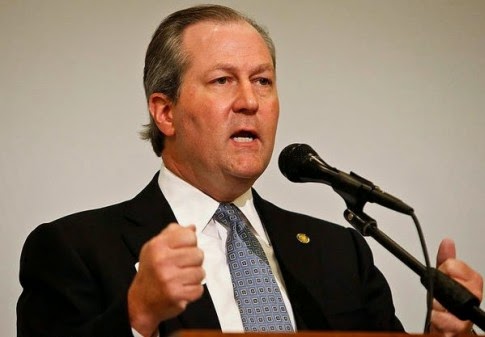 “It is outrageous when a single unelected and unaccountable federal judge can overturn the will of millions of Alabamians who stand in firm support of the Sanctity of Marriage Act. The Legislature will encourage a vigorous appeals process, and we will continue defending the Christian conservative values that make Alabama a special place to live.”

In October, Hubbard – the good Christian conservative values kind guy he is – was indicted on 23 felony corruption charges in late October. He refuses to resign in advance of his trial. 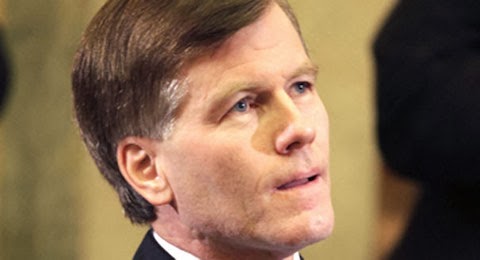 Former Governor of Virginia, Bob McDonnell (R), has been sentenced to two years in prison and two subsequent years on probation after being convicted on 11 charges of public corruption.

McDonnell and his wife, Maureen, were convicted of corruption charges in September, following a highly emotional trial filled with testimony about their rocky marriage. Bob McDonnell was convicted by a jury on 11 charges, while his wife was convicted on eight. Maureen McDonnell, who was present at the court Tuesday, is to be sentenced next month.

The defense is expected to pursue an appeals process.

The McDonnells were found guilty of seeking to trade official favors and the prestige of the governor’s office for more than $165,000 worth of gifts and loans from Richmond-area businessman Jonnie Williams.

Federal authorities accuse D’Souza of donating more than is legal to the campaign of Wendy Long, who ran in 2012 for the U.S. Senate seat vacated by Hillary Clinton but lost to now-Sen. Kirsten Gillibrand. Long, though, is not mentioned in an indictment obtained by THR on Thursday.

Insiders say D’Souza has been friends with Long since they attended Dartmouth College together in the early 1980s. According to the indictment, D’Souza donated $20,000 to Long’s campaign by aggregating the money from various people and falsely reporting the source of the funds. But Gerald Molen, a co-producer of 2016, says the charge is politically motivated.

“In America, we have a long tradition of not doing what is commonly done in too many other countries — criminalizing dissent through the selective enforcement of the law,” Molen tells THR.

Molen alleges the funneling of $20,000 through several different individuals is “an alleged minor violation.”

Molen and D’Souza issued this statement: “We believe this is an unfortunate misunderstanding arising out of Dinesh D’Souza’s desire to help the uphill campaign of a friend. There was no intent to do anything illegal or corrupt in any way.”

An attorney for D’Souza – Benjamin Brafman – says that his client “did not act with any corrupt or criminal intent whatsoever … at worst this was an act of misguided friendship by D’Souza.”

Because, you know, a man as wealthy and smart as Dinesh D’Souza would have NO IDEA WHATSOEVER that it’s illegal to give money to several different individuals to donate to his preferred political candidate.

In addition to the above, this Christian activist was fired from his position of President by King’s College last year after he appeared at an event with his “fiance” while still married to another woman.

In the past week the NY Post has reported separately on two New York state senators who are under investigations for corruption.

State Sen. Carl Kruger, according to the New York Post, traded political favors for more than $1 million in bribes over the last five years — which his live-in boyfriend helped launder.

Kruger and his secret longtime companion, Manhattan gynecologist Michael Turano, were among eight men arrested in a sweeping government “pay-to-play” corruption scandal.
The charges include allegations that Kruger received bribes and other largesse to help two competing health-care companies buy hospitals, and direct state funds to those firms.

Kruger’s constant companion, Turano, is accused of using bribe money he deposited in two shell companies for Kruger to pay the lease on a Bentley luxury sedan, credit-card bills and the mortgage on the garish, multimillion-dollar Mill Basin home where the two men for years have shacked up with Turano’s mom and brother, authorities and neighbors said.

Separately, the state Attorney General’s Office is investigating state Sen. Shirley Huntley and her ties to nonprofits that have soaked taxpayers for more than $400,000, the NY Post has learned. News of the probe comes a week after The Post revealed the Queens Democrat tried to funnel $155,000 to her Parent Workshop nonprofit and as new questions emerge about the shady group.

Both Senators Kruger and Huntley were among the turncoat “group of 8” Democrats who helped kill the marriage equality bill in NY state legislation in 2009.