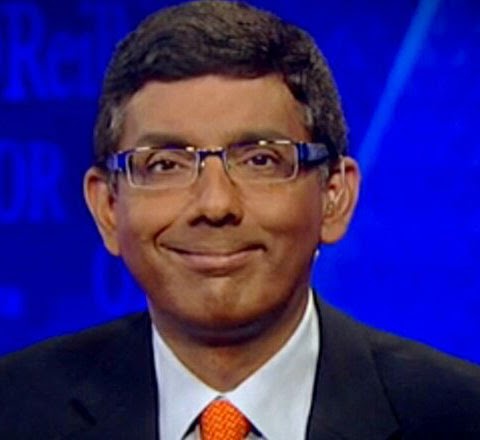 Federal authorities accuse D’Souza of donating more than is legal to the campaign of Wendy Long, who ran in 2012 for the U.S. Senate seat vacated by Hillary Clinton but lost to now-Sen. Kirsten Gillibrand. Long, though, is not mentioned in an indictment obtained by THR on Thursday.

Insiders say D’Souza has been friends with Long since they attended Dartmouth College together in the early 1980s. According to the indictment, D’Souza donated $20,000 to Long’s campaign by aggregating the money from various people and falsely reporting the source of the funds. But Gerald Molen, a co-producer of 2016, says the charge is politically motivated.

“In America, we have a long tradition of not doing what is commonly done in too many other countries — criminalizing dissent through the selective enforcement of the law,” Molen tells THR.

Molen alleges the funneling of $20,000 through several different individuals is “an alleged minor violation.”

Molen and D’Souza issued this statement: “We believe this is an unfortunate misunderstanding arising out of Dinesh D’Souza’s desire to help the uphill campaign of a friend. There was no intent to do anything illegal or corrupt in any way.”

An attorney for D’Souza – Benjamin Brafman – says that his client “did not act with any corrupt or criminal intent whatsoever … at worst this was an act of misguided friendship by D’Souza.”

Because, you know, a man as wealthy and smart as Dinesh D’Souza would have NO IDEA WHATSOEVER that it’s illegal to give money to several different individuals to donate to his preferred political candidate.

In addition to the above, this Christian activist was fired from his position of President by King’s College last year after he appeared at an event with his “fiance” while still married to another woman.