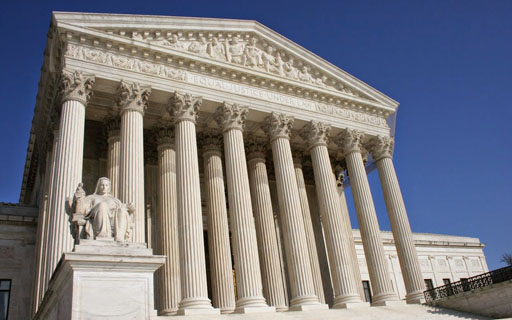 Donald Trump’s week just got that much worse as the Supreme Court has refused to reinstate Donald Trump’s asylum ban while a government appeal is pending.

The court was closely divided, with Chief Justice John G. Roberts Jr. joining the four-member liberal wing in turning down the administration’s request for a stay of a trial judge’s order blocking the program.

The court’s brief order gave no reasons for its action. Justices Clarence Thomas, Samuel A. Alito Jr., Neil M. Gorsuch and Brett M. Kavanaugh said they would have granted the stay.

In a proclamation issued on Nov. 9, President Trump barred migrants from applying for asylum unless they made the request at a legal checkpoint. Only those applying at a port of entry would be eligible, Mr. Trump said, invoking what he said were his national security powers to protect the nation’s borders.

Lower courts blocked the initiative, ruling that a federal law plainly allowed asylum applications from people who had entered the country unlawfully.

Doctors at Memorial Sloan Kettering hospital in New York performed a lobectomy, removing one of the five lobes of the lung.

Short of complications in recovery, doctors say prospects look good for a full recovery for Ginsburg, 85. She hopes to be back on the court for the start of the next argument session in early January.