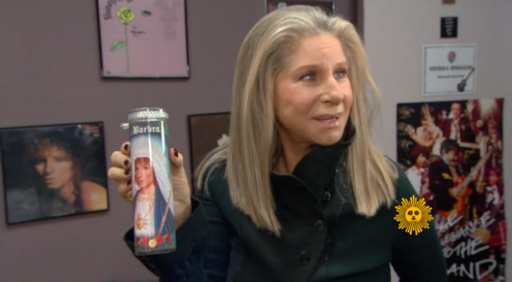 Very sweet moment as Barbra Streisand visits her Funny Girl dressing room on Broadway for the first time in 50 years.

I visited that very dressing room 30 years ago when I was rehearsing for the national touring company of CATS and the Broadway production was playing at the Winter Garden Theater.

In this web exclusive, the singer who became a superstar in the 1960s Broadway musical “Funny Girl” visited her old haunts at the Winter Garden Theatre in New York City, including the dressing room now occupied by “School of Rock” star Sierra Boggess.