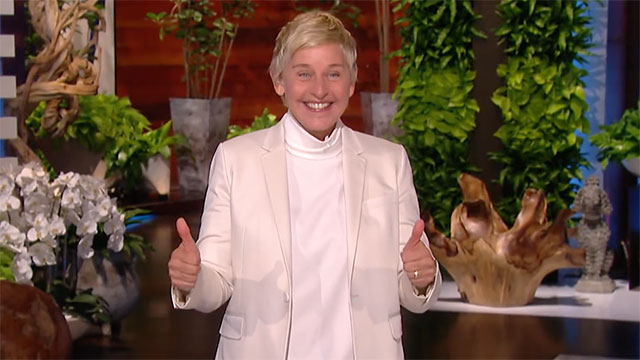 • The Advocate: Writer Trudy Ring breaks down why the LGBTQ community is justified in its concern about Supreme Court front-runner Judge Amy Coney Barrett. Here’s a couple of hints: she wasn’t jake about the 2015 SCOTUS marriage equality ruling and she questions the recent transgender discrimination = sex discrimination decision. #DangerWillRobinson

• Axios: A 2018 state constitutional amendment in Florida allows for felons who have completed their prison sentences to regain their right to vote — but there’s a catch: they have to pay back any outstanding fines, fees or restitution. Billionaire Mike Bloomberg has raised over $16 million to pay off obligations for 32,000 felons who were already registered to vote in Florida just before Election Day.

• NPR: The Centers for Disease Control and Prevention has issued new guidelines on how to celebrate Halloween safely. No big surprise: Classic door-to-door trick-or-treating and indoor haunted houses (where people will be crowded and screaming, which could send infectious particles flying) are on the no-no list. Better: outdoor ‘haunted forests’ and individually wrapped gift bags at the end of a driveway or yard while still preserving social distance.

• NewNowNext: When The Ellen DeGeneres Show premiered its 18th season on Monday, Ellen (above) began the episode by addressing allegations of a toxic work environment that came to light this summer via reporting by Buzzfeed News. After rumors of demeaning treatment of staffers ran rampant, three executive producers were gone by August. Watch Ellen’s full monologue below.