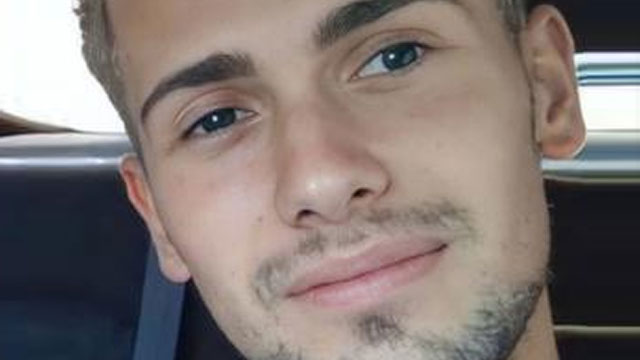 A fourth suspect has been arrested and charged in the murder of Samuel Luiz, a 24-year-old gay man in Spain.

In a Twitter statement, the Policía Nacional announced the arrest of a man aged between 20 and 25. In addition to murder, he is charged with allegedly stealing the victim’s mobile phone. 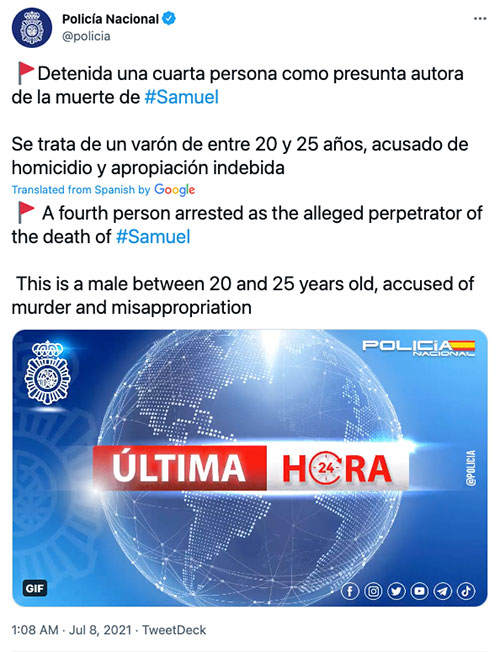 This comes after 3 A Coruña residents were arrested in connection with the death of Luiz on Wednesday. The deadly assault was perpetrated by more than a dozen people near a nightclub in the Galician city.

The fourth suspect is apparently friends with the initial suspects, according La Vanguardia, a Spanish-speaking newspaper.

None of the suspects knew the victim prior to the attack according to reports.

The incident began when Luiz reportedly stepped out of the nightclub to video chat with a friend. The attacker apparently believed Luiz was recording him and demanded he stop – “Either stop recording or I’ll kill you, f*g,” yelled one of the attackers.

After initially beating Luiz for a couple of minutes, the attacker left the scene but quickly returned with a mob of friends who all joined in kicking and beating Luiz.

Surveillance footage captured the assault which stretched out for several blocks along the street until Luiz collapsed and passed out.

Media reports say the video clips show the group continued to cheer the attack on as they continued to kick and beat him.

Luiz died just hours later on Saturday at the A Coruña Hospital. A spokesman for the police told the press, “They showed him no mercy.”