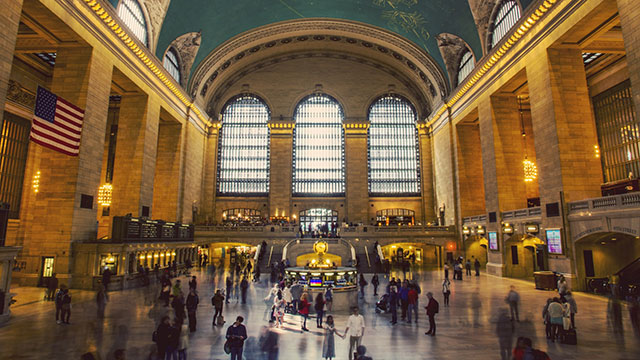 A recent Billboard article compiled a list of “Songs That Helped Us Grieve And Heal” after 9/11. Included in the list was “Grand Central Station” penned by my musical hero, Mary Chapin Carpenter.

Carpenter wrote the ethereal song after the first anniversary of 9/11, inspired by an interview she heard with an iron worker who was among the first to pick through the rubble at the Twin Towers.

At the end of his grueling shift, he would go to New York’s Grand Central Station, believing the souls of those who had perished would follow and be set free.

“He’d find himself just going to Grand Central Station and standing on the platform and thinking whoever wanted to go home could catch the train home,” Carpenter told NPR in 2004.

The gentle, acoustic song captures an ordinary man ‘working on the pile’ with extraordinary dreams of reconciliation for the lost spirits.

Here’s Mary Chapin telling the story and inspiration of the song: