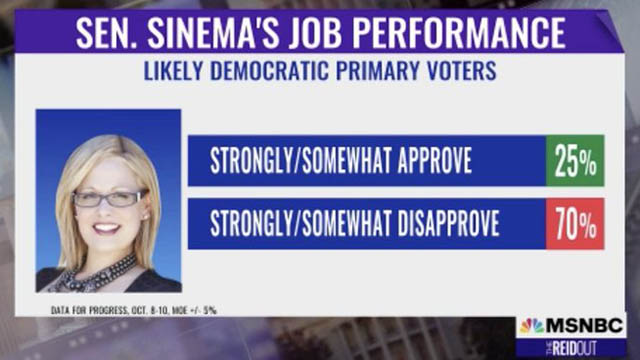 In a previously unreported online meeting on Wednesday, Sinema and fellow moderate Democratic Senator Joe Manchin said they would not abide by any deadlines adopted by leadership to force votes on the package. The meeting was with a group of at least nine moderate House Democrats, the source said.

The group of House Democrats suggested putting a November deadline for passing the multi-trillion dollar and moving on with the bipartisan infrastructure bill, but Manchin and Sinema rejected that idea, arguing artificial deadlines are a bad idea, the source said.

With the Senate out of session, Ms. Sinema, the Democratic senator from Arizona, has been in Europe on a fund-raising trip.

Affordable childcare, universal pre-K, lowering cost of prescriptions drugs — and more is on the line.

And Senator Sinema is in *checks notes* Europe 😑 https://t.co/T2fx52BjF4