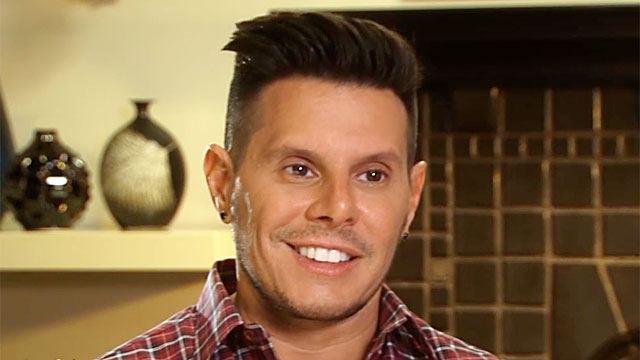 Silvio Horta, who created the hit ABC dramedy Ugly Betty, was found dead in his Miami hotel room on Tuesday of an apparent self-inflicted gunshot wound.

According to a statement from his family, the 45-year-old writer/producer “had an ongoing struggle with addiction and depression” but added, “he always found a way to turn his struggle into laughter.”

“It is with great sadness that we announce the passing of our dear brother and son, Silvio Horta. Through his friendships, his love and his work in TV and films, Silvio touched the lives of millions. Silvio had an ongoing struggle with addiction and depression, but through it all, he always found a way to turn his struggle into laughter. He was a kind and beautiful man. He may be gone but his light will shine on.”

Ugly Betty, which ran for four seasons from 2006 to 2010, was a smash-hit for the openly gay writer from the get-go.

The series, an adaptation of the Colombian telenovela Yo soy Betty, la fea, chronicled the adventures (or misadventures) of fashion industry neophyte Betty Suarez, played by America Ferrera, as she made her way up the corporate ladder of the fictitious Mode Magazine.

In addition to being stylish and witty, the show was recognized for being LGBTQ-inclusive with storylines that included the coming out of Betty’s teenage nephew Justin (Mark Indelicato), the hysterical fawning of queer fashion assistant Marc St. James (launching the career of Michael Urie into a new orbit), and transgender character Alexis Meade (Rebecca Romijn).

The show landed with LGBTQ audiences not only for its fresh, undeniably queer slant but an empowering message of embracing our authentic selves.

Over the course of its run, Ugly Betty scored three Emmy Awards including one for Outstanding Lead Actress in a Comedy Series and was nominated for four Golden Globe Awards, winning two – one for Ferrera and one for Best Television Series (Comedy).

Numerous other honors came from organizations as diverse as the GLAAD Media Awards, the ALMA Awards, The Imagen Foundation Awards, and the NAACP Image Awards.

He also executive produced the 2001 series The Chronicle starring Octavia Spencer as well as UPN’s sci-fi series Jake 2.0 in 2003.

IMDB lists his most recent credit as the made-for-TV film The Curse of the Fuentes Women in 2015.

Still in shock after hearing the tragic news of our #uglybetty creator #silviohorta 💔 His creativity and passion will be missed by so many of us that worked with him. May he Rest In Peace

A post shared by Vanessa Williams (@vanessawilliamsofficial) on Jan 7, 2020 at 5:06pm PST

I’m stunned and heartbroken to hear the devastating news of Ugly Betty creator, Silvio Horta’s death. His talent and creativity brought me and so many others such joy & light. I’m thinking of his family and loved ones who must be in so much pain right now- and of the whole Ugly Betty family who feel this loss so deeply.

#SilvioHorta gave me a huge break on #UglyBetty. He broke barriers and saved lives. Losing him is hard. This photo is from the GLAAD awards when we won. I hear from LGBTQ people all the time that the show helped them. Me too. He and that show will always be with me.

If you are thinking about suicide or are feeling alone and need someone to talk to, please contact the Trevor Lifeline at 1-866-488-7386. It’s free, confidential, and available 24/7. Additionally, you can contact the National Suicide Prevention Lifeline at 1-800-273-8255.