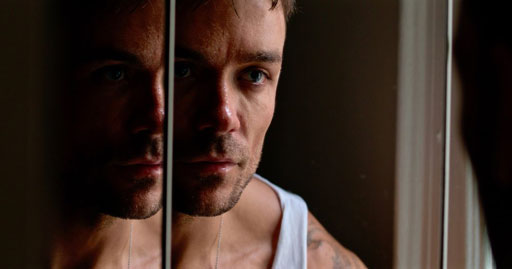 In the film, Cooper plays ‘James,’ who after living as a social media ‘celebrity’ finds out the hard way what real life is like.

TROPHY BOY is your classic “riches-to-rags” story. It depicts the downward spiral of James – a spoiled, influencer and narcissist, who, based on his social media accounts, appears to have it all.

But, just before his 30th birthday, his much older boyfriend, on whom he was financially dependent, breaks up with him. James now must face reality with no work experience and no idea where to start.

With his sex-addicted best buddy by his side, James takes a crash course in living and sets out to prove that he doesn’t need anyone to take care of him.

He ultimately ends up alienating himself further from reality and comes face-to-face with the bitter fact that if he doesn’t learn to live as an adult in the real world, he’ll never be more than a washed-up, unwanted accessory.

Critics have raved about the classic riches-to-rags story about a young social media “influencer” and self-proclaimed ‘trophy boy’ who gets dumped by his wealthy, older boyfriend/benefactor.

“With impeccable dialogue delivery, amazing body language and performance, he (Cooper) consumes the screen every time he faces the camera…The climax is a pure masterpiece in terms of both, acting and story. The dark, haunting depth attained in performance and narration makes ‘Trophy Boy’ worth a watch!””  – Indie Shorts Mag, September 14, 2018

After making the rounds on the film festival circuit (Cannes Film Festival, Vancouver International Film Festival, California Independent Film Festival), the 13-minute short is scheduled to have screenings and a premiere event in New York City this month.

The short will be available on Vimeo on October 22. Watch the teaser below.