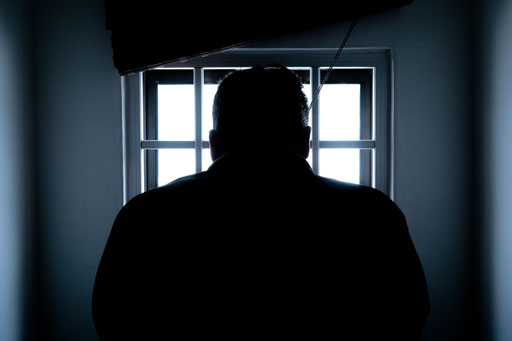 In 2014, a group of LGBTQ inmates at the Alternative Lifestyle Tank at the West Valley Detention Center in Rancho Cucamonga filed a federal class action lawsuit alleging hate speech by the prison guards and extreme incarceration due to their sexual orientation and/or gender identity.

According to The LA Times, attorneys for the plaintiffs now say they have reached a settlement with the San Bernardino County Sheriff’s Department.

Among the allegations raised by the lawsuit:

• Under the guise of “protection,” LGBTQ inmates were held in their cells for up to 23 hours a day

The lead plaintiff, former sheriff’s deputy Dan McKibben, told the press at a 2014 news conference when the lawsuit was filed, “When you’re sworn, you’re sworn. And I took that oath.”

“These guys, every other minute, were violating that,” he added. McKibben died in 2016 before a resolution could be reached.

Veronica Pratt, a 33-year-old transgender woman, told The LA Times on Wednesday, “It was just depressing. It was demeaning.”

“It’s a struggle being incarcerated and then to have someone tell you ‘You can’t go to classes, you can’t try to better yourself’ because of your sexual orientation,” said Pratt. “It’s degrading.”

More from The LA Times:

The settlement agreement, which was filed in federal court in Riverside, would compel the county to offer more housing options for gay, bisexual, transgender and intersex inmates; lift restrictions on participation in work, educational, religious and community reentry programs; and establish a committee that will meet regularly with incarcerated gay, bisexual, transgender and intersex people to discuss their housing options.

Transgender and intersex inmates will also have the opportunity to be housed based on their gender identity.

The settlement also includes a nearly $1-million payment that will be divided among class members. And the Alternative Lifestyle Tank will be renamed the GBTI Unit — gay, bisexual, transgender and intersex.

LGBTQ inmates will still have the choice to be housed in the newly-named unit, but the new agreement dictates that they will have access to rehabilitation/education courses and any other programs available to other inmates.

A spokeswoman for the Sheriff’s Department declined to comment because the settlement has not been approved by the judge.