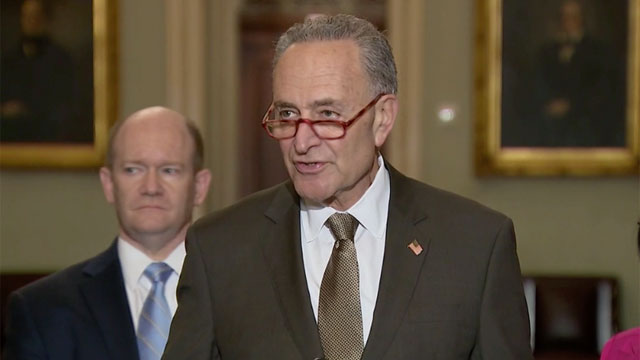 President Trump’s trial could tie up senators on the Senate floor for the entire month of January, right before the first contest of the Democratic primary calendar scheduled in Iowa for Feb. 3.

With the possibility of close votes on procedural questions such as what witnesses should be called to the Senate floor, Schumer says colleagues should make the trial their first priority, even if it might tread on their campaign plans.

“This has to come first. This is one of the most solemn decisions that anyone has to make and I’ve told all members of my caucus that scheduling concerns are secondary to doing this the right way,” Schumer told reporters Tuesday.