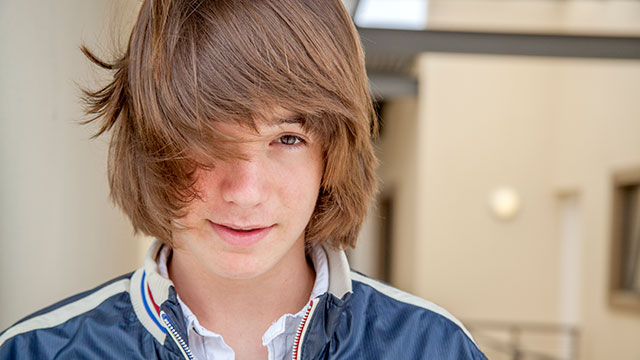 A judge in Texas has granted a request for a temporary restraining order against enforcement of Magnolia Independent School District’s hair policy that requires boys, but not girls, to maintain short hair.

The suit was filed by the ACLU of Texas in U.S. District Court for the Southern District of Texas last Thursday on behalf of seven students for engaging in explicit gender discrimination.

The filing argues that the policy is gender-based discrimination, and that it’s been applied selectively as some members of the football team have been allowed to attend school with long hair without any disciplinary actions.

This is unconstitutional.
We’ll see them in court. https://t.co/P9ObCXSBQI

The school district has severely punished students and, in some cases, forced them out of school altogether, because of their gender and the fact that they wear long hair. Magnolia ISD enforces a dress code based on gender stereotypes that requires boys, but not girls, to wear short hair.

Despite no compelling reason to keep a discriminatory hair policy in place, Magnolia ISD’s school board maintains a rule that hair “for male students” must be “no longer than the bottom of a dress shirt collar, bottom of the ear, and out of the eyes.”

This violates the Constitution’s Equal Protection Clause and Title IX because public school districts cannot treat some students worse because of their gender or require students to conform to gender stereotypes.

Everyone has the right, regardless of their reason for doing so, to wear their hair how they would like without being discriminated against on the basis of gender.

On Tuesday, Chief Judge Lee H. Rosenthal signed the restraining order prohibiting the school district from enforcing the policy against four students who had been disciplined for violating it including being denied classroom instruction and taking part in extracurricular activities.

Three additional students in the suit had already trimmed their hair to avoid discipline. However, they will be able to seek a restraining order “if or when their hair length exceeds the School District’s policy and they face disciplinary consequences because of their hair length,” wrote Judge Rosenthal.

The judge also indicated the students’ lawsuit stands a good chance of winning when it receives a full hearing.

“The court finds that the plaintiffs established a substantial likelihood of success in showing that the Magnolia Independent School District’s gender-based policy on hair length violates the plaintiffs’ rights under the Equal Protection Clause of the Fourteenth Amendment and Title IX of the Education Amendments of 1972,” Rosenthal wrote.

Title IX bans gender discrimination in educational programs that receive federal funding, which almost every school in the U.S. does.