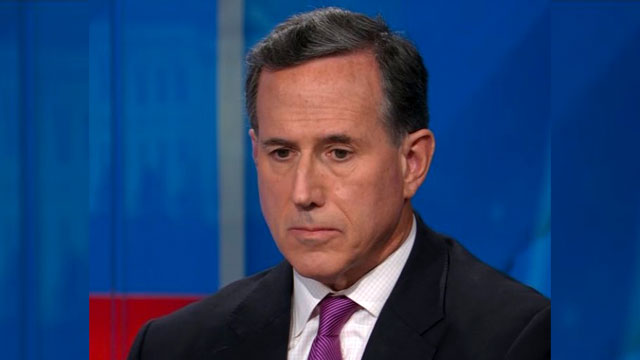 CNN political analyst Rick Santorum told CNN viewers this morning that “Democrats need to give Republicans, including Trump, time and space to work through their feelings about losing.”

“You know he’s just found out that he’s probably not going to be the president of the United States,” added Santorum.

The Twitterverse found that idea a bit funny considering how famously thoughtful Trump supporters have been about Democrats’ “feelings.”

Rick Santorum just said on @CNN: “Democrats need to give Republicans, including Trump, time and space to work through their feelings about losing.”

Below: A photo of a lobster boat in Maine flying a giant “Trump 2020: F— Your Feelings” flag. A good friend of mine sent it to me pic.twitter.com/e5gQXzDt3Q

Guy in my neighborhood – Black SUV with vanity plates PUNSHER1 – had this flag over the summer. Yeah, now this same camp wants civility and respect… Right.. pic.twitter.com/ik4VQCD4Ht