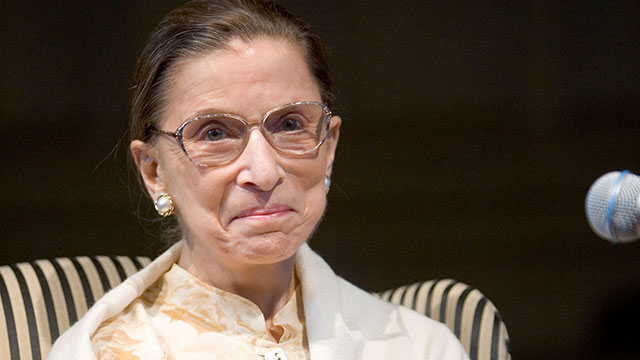 Supreme Court Justice Ruth Bader Ginsburg has been discharged from the hospital after being treated for a possible infection in her latest health scare.

“Justice Ginsburg has been discharged from the hospital,” a Supreme Court spokeswoman said in a statement Wednesday. “She is home and doing well.”

Ginsburg had been taken to Johns Hopkins Hospital in Baltimore early on Tuesday “after experiencing fever and chills,” spokeswoman Kathleen Arberg said.

“She underwent an endoscopic procedure at Johns Hopkins this afternoon to clean out a bile duct stent that was placed last August,” Arberg said on Tuesday, announcing Ginsburg’s hospitalization. “The Justice is resting comfortably and will stay in the hospital for a few days to receive intravenous antibiotic treatment.”

Ginsburg’s quick discharge is the latest apparent dodge of a health scare for the 87-year-old justice, who has proven adept at continuing her job without interruption despite her health issues.

We need to wrap the Notorious RBG in bubble wrap and keep her safe.

Not only do we need her sanity come the fall court season, but you know if the unspeakable were to happen, the Donald would be thrilled to nominate another far-right, uber-conservative nominee to the court.