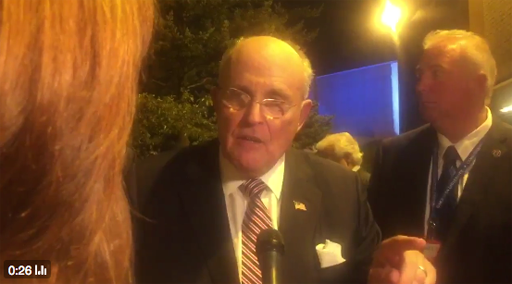 Leaving the presidential debate last night, former New York City Mayor Rudy Giuliani ranted to members of the press about Donald Trump’s decision not to use against Hillary Clinton the fact that she stayed in her marriage to former President Bill Clinton after the Monica Lewinsky scandal in the 90s.

“After being married to Bill Clinton for 20 years, if you didn’t know the moment Monica Lewinsky said that Bill Clinton violated her that she was telling the truth, then you’re too stupid to be president.”

I asked Giuliani if Trump is a feminist #DebateNight pic.twitter.com/xWvkgVuKXV