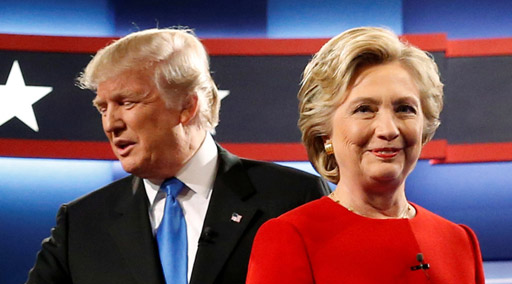 According to CNN Money, the first presidential debate of 2016 between Democrat Hillary Clinton and Republican Donald Trump drew over 80 million viewers across 12 different networks.

The figure doesn’t include PBS, C-SPAN or any online streaming views.

More than 80 million people tuned in to see Hillary Clinton and Donald Trump face off, setting a new record in the sixty year history of televised presidential debates.

Nielsen traditionally measures viewers who watch via traditional TV at home. That means people who watched the debate at parties, bars, restaurants, and offices were not counted.

Nor does the 80.9 million viewer total include PBS and C-SPAN. Ratings for PBS will be available later Tuesday.

Many millions also watched the debate via the Internet.

This means the actual total audience is significantly higher than 80 million.

Nielsen data confirms that viewership stayed high the entire time. Contrary to some speculation, there was not a big drop-off after the first hour of the 98-minute debate.

The debate viewership number to beat was 81 million, set back in 1980, when Jimmy Carter and Ronald Reagan debated just once before the election.