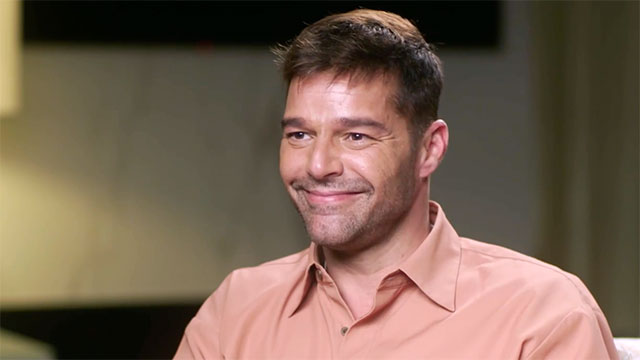 When the world watches international pop star Ricky Martin onstage singing and shaking his bon-bon, we see a handsome, confident artist at home in his element.

But in a new cover interview with PEOPLE for their 2nd annual Pride Issue, he shares that he’s actually “really insecure.”

“I’m super socially awkward but today, well the difference is that I know I’m socially awkward,” explains the 49-year-old singer. “So, I don’t go anywhere that causes me anxiety. I’m at peace with performing in front of 30,000 people and feel like the king of the world. But then I walk into a small room at an intimate gathering, and someone will say, ‘Hey Rick, sing a song for us!’ and that creates such anxiety.”

Martin also tells PEOPLE that early in his career he felt pressure prove himself as “a sex symbol.” Before coming out, he was dating women (publicly) and men (privately) trying to decode his own confusion wondering “Am I gay? Am I bisexual? Am I confused?”

One thing he is not confused about is that he was not ‘misleading’ anyone.’

“Sexuality is one complicated thing,” Martin shares with the celebrity magazine. “It’s not black and white. It’s filled with colors. When I was dating women, I was in love with women. It felt right, it felt beautiful.”

At the time, though, the question of his sexuality seemed to hang in the air. Still, Martin intrinsically knew he would come to terms with those questions in his own time.

But there are still moments, before coming out, that haunt him.

Martin recalls a national TV interview with Barbara Walters in 2000 when she asked the question point-blank. “You could stop these rumors,” Walters prodded. “You could say, ‘Yes I am gay or no I’m not.'”

With an almost imperceptible touch of fear in his eyes, Martin found his center and replied, “Barbara, for some reason, I just don’t feel like it.”

Martin says the moment he heard the question, “I felt violated because I was just not ready to come out. I was very afraid.” He adds, “There’s a little PTSD with that.”

Martin eventually came out ten years later in 2010. Looking back now in 2021, with four kids and a husband, Martin says he has considered the question “what would you do differently?”

“Well, maybe I would have come out in that interview,” says the “Livin’ La Vida Loca” singer. “It would’ve been great because when I came out, it just felt amazing. When it comes to my sexuality, when it comes to who I am, I want to talk about what I’m made of, about everything that I am. Because if you hide it, it’s a life-or-death situation.”

“There are many, many kids out there that don’t have someone to look up to,” Martin says. “All they have around them is people telling them, ‘What you’re feeling is evil.’ But, you can’t force someone to come out. But if you have an egg and you open it from the outside, only death comes out. But if the egg opens up from the inside, life comes out.”

For her part, Walters would later admit regret for urging Martin to come out and how the moment was perceived by the public.

“I pushed Ricky Martin very hard to admit if he was gay or not, and the way he refused to do it made everyone decide that he was,” Walters told the Toronto Star in 2010. “A lot of people say that destroyed his career, and when I think back on it now, I feel it was an inappropriate question.”

Read more of Jason Sheeler’s interview over at PEOPLE. Make sure to pick up this year’s Pride Issue on newsstands Friday.

People’s PRIDE ISSUE nationwide on Friday!!! Check it out! pic.twitter.com/8s2EOTFdxx

You can listen to Martin’s interview with Jason Sheeler on this podcast episode of People Every Day: