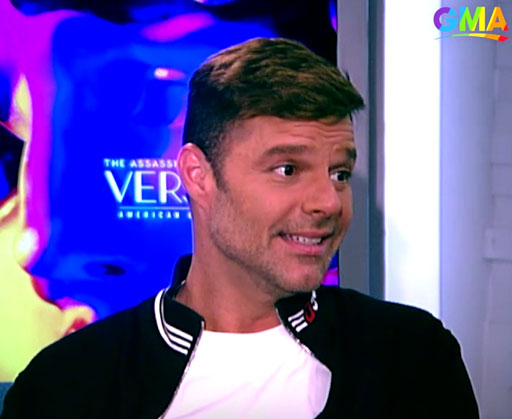 Along the way, the subject turned to Martin’s positive outlook on life and the “Shake Your Bon-Bon” singer became effusive about how liberating coming out as gay was for him.

In fact, he says he wishes he could come out again.

With LGBT Pride celebrations in full swing, the Latin hunk beamed with his message of self-acceptance.

“For those out there that are struggling with their identity, everything is going to be fine,” Martin said. “Just be yourself. Love yourself.”

The 46-year-old father of two also discussed how he’d feel if his kids were to come out.

“I don’t know, my kids are too young, but I wish they were gay,” he said. “It is a very special thing. The sensitivity, the way I see now, that I don’t have to hide in any way shape or form. I see colors. And then you see the rainbow. I understand why the symbol is the rainbow. It’s just real. Everything is tangible. It makes me a stronger person.”