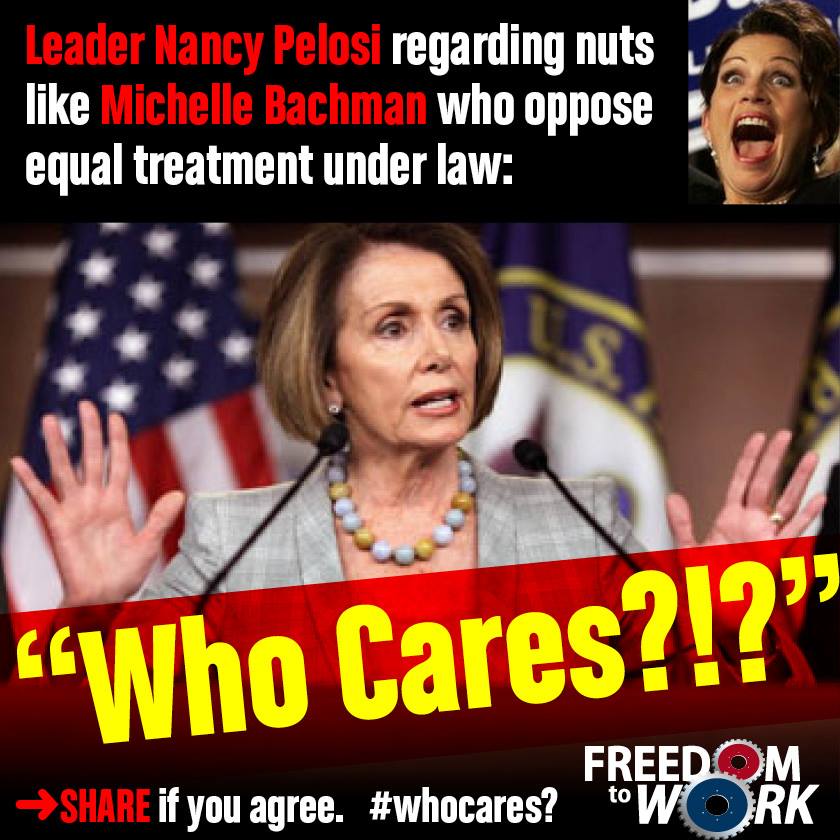 “No man, not even a Supreme Court, can undo what a holy God has instituted,” Ms. Bachmann said in a statement. “For thousands of years of recorded human history, no society has defended the legal standard of marriage as anything other than between man and woman.” She said the court action “will undermine the best interest of children and the best interests of the United States.”

Asked to react to Bachmann’s statement, House Minority Leader Nancy Pelosi summed up what increasing majorities of Americans feel about such strident opposition with a dismissive “Who cares?”