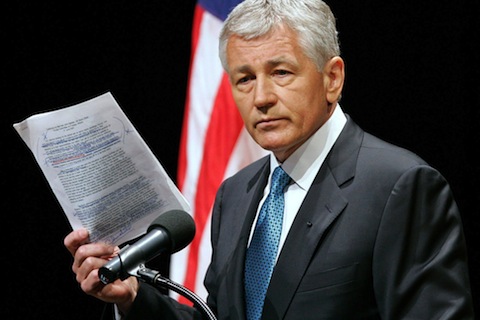 In response to the repeal of DOMA today, Defense Secretary Chuck Hagel says the Pentagon will extend health care, housing, and additional federal benefits to the gay spouses of service members as soon as possible, the AP reports:

Defense officials estimate there are 18,000 same-sex couples in the active duty, National Guard and Reserves. It’s unclear how many of those are married.

The court ruling also could allow same-sex spouses to be buried at Arlington Cemetery. The Pentagon has said that by Oct. 1, it would extend a variety of benefits to same-sex partners, including access to on-base commissaries and some health and welfare programs.