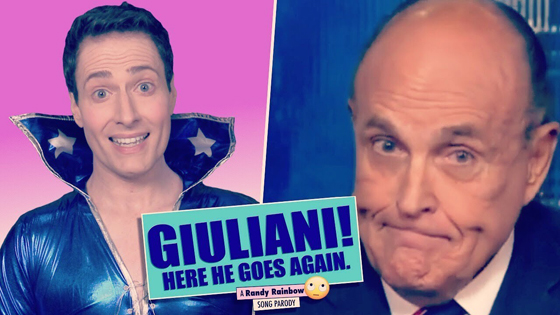 Giuliani, here you go again
Lie, lie, how can we believe you?
Giuliani, gurl who let you in?
Ay, ay, when will Donald leave you?
Blowing his own defenses, flubbing his false pretenses,
Can’t trust what he says on TV shows

Bravo Randy Rainbow on another wild and wacky ride through Trump Town. Hit play below 🙂