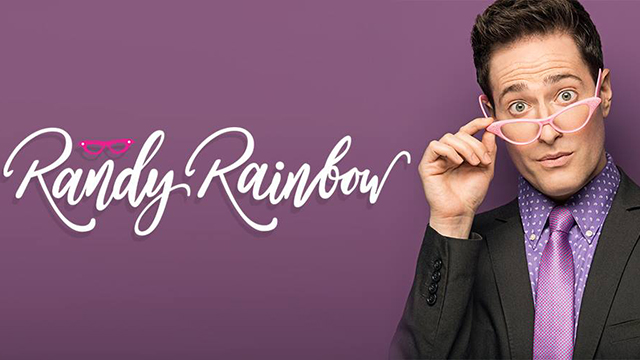 I’ve been a big fan of political satirist/Broadway parody king Randy Rainbow for years now. A quick search on The Randy Report will show tons of posts sharing his sharp wit and lyric skills.

But old tweets recently came to light from 2010-2011 that show a harsher, edgier comedian that included some racist tropes.

The two-time Emmy Award nominee issued an apology while speaking with The Advocate, which read in part:

“Twitter has recently reminded me about 10 years ago, in my maiden quest to be funny, I tweeted some jokes that were completely offensive and insensitive to look back on them now, especially with no context or nuance and through the prism of where we are in 2020 with racial inequality and the fight for social justice, which I’m proudly a part of,” he begins.

“In light of issues that are now at the forefront, which I’m passionate about and have spoken up about over the years, these tweets just sound racist and awful. I’m embarrassed by them. They make me sick to my stomach, in fact, and I deeply apologize to anyone I offended.”

The aforementioned tweets, some of which have been deleted, span from 2010 to 2011 and reference racist tropes.

Another tweet from February 2010, reads, “Why is it OK to call it a ‘white noise’ machine, yet offensive to say that I bought it to drown out all the ‘black noise’ in my building?”

Rainbow explains that at the time, he was in the early stages of crafting the “character” he’s now known for.

“The comedy landscape was completely different back then,” he argues. “This kind of edgy shock comedy was not only acceptable but a prevalent style. I was an aspiring comedian in my 20s working the stages in gay nightclubs where we said the most outlandish, raunchy things we could think of. I was searching for my comedy voice, my persona, and I was emulating styles and jokes of people that I was seeing in the mainstream.”

“Any jokes that I tweeted out around this time were meant to be read in the voice of this character I created, and the intention was always that my forced ignorance would be the butt of the joke,” he says. “Now, comedy is not evergreen. Jokes have timestamps and reflect the times you’re in when you wrote them.

“I am incredibly sorry. I would never intentionally do anything to hurt anyone,” he continues. “I learned many years ago, over the last decade, that there are things that you must be sensitive about. I continue to educate myself, I continue to listen and learn.

“I am in no way a racist. I am in no way transphobic,” he adds. “I’m a gay Jew who was brought up in a very open, accepting family. There is not a racist or intolerant bone in my body. When I say that I have evolved with the times, I mean that my comedy has. I did not need to be taught not to be racist or transphobic because I never was.”

Read his full comments at The Advocate.