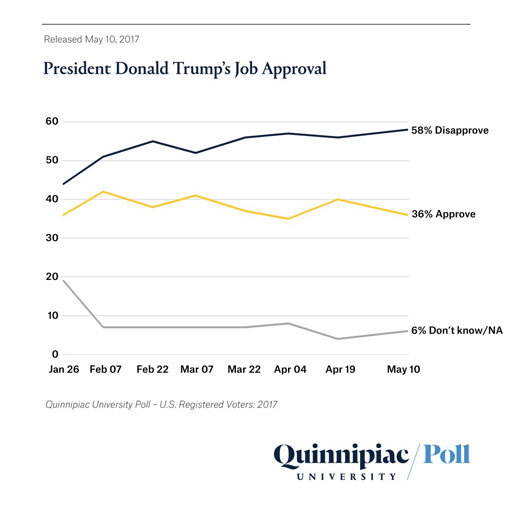 The president is losing support among independent voters and groups which are important parts of his base. Approval ratings are:

• A split among white voters with no college degree, as 47 percent approve and 46 percent disapprove, compared to a 57 – 38 percent approval April 19