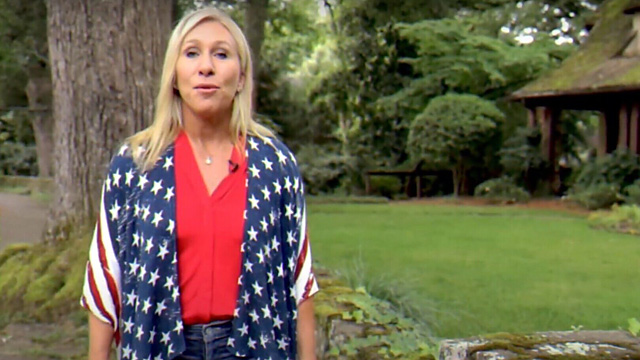 During remarks made at this year’s Conservative Political Action Conference in Orlando, Florida, last month, QAnon Rep. Majorie Taylor Greene (R-GA) lumped the U.S. territory of Guam in with a list of foreign nations she doesn’t believe should be receiving American aid.

From The American Independent:

“We believe our hard-earned tax dollars should just go for America. Not for, what? China, Russia, the Middle East, Guam, whatever, wherever,” said Greene.

People born in Guam are U.S. citizens. More than 160,000 Americans live in Guam, and 7,000 members of the American military are stationed at U.S. Naval Base Guam and Andersen Air Force Base on the island.

While citizens of Guam cannot vote in presidential elections, in 2020 Republicans in the territory caucused during the primaries and awarded 9 delegates to Donald Trump, helping him to secure the Republican presidential nomination.

You’ll recall Donald Trump was slow to send aid to Puerto Rico. At the time, many felt the Donald might not have known that Puerto Rico is a U.S. territory.

She’s the Ted Baxter of politics.