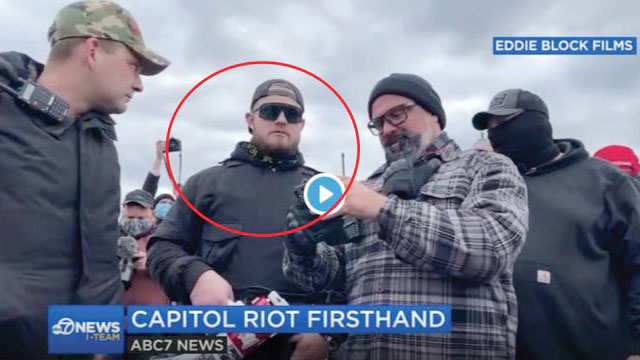 So, now they’re mad. Now that they’ve been made a fool of.

“Fuck Trump! Fuck him more than Biden. I’ve followed this guy for 4 years and given everything and lost it all. Yes he woke us up, but he led us to believe some great justice was upon us…and it never happened. Now I’ve got some of my good friends and myself facing jail time cuz we follow this guy’s lead and never questioned it.”

Proud Boys leader Ethan Nordean lashed out at President Donald Trump, accusing him of misleading his supporters and then deserting them despite their unwavering loyalty.

“We are now and always have been on our own. So glad he was able to pardon a bunch of degenerates as his last move and s— on us on the way out,” Nordean said in an expletive-laden message about the former president. “F— you trump you left us on [t]he battle field bloody and alone.”

Nordean is one of several members of the extremist group with ties to white supremacy whose members describe themselves as “Western Chauvinists.” He’s among the more than 400 people who have been charged for their alleged roles in the deadly assault on the Capitol on Jan. 6.

Proud Boy leader Ethan Nordean lashed out at Trump on Jan. 20, when it dawned on him that he’d likely be going to jail for the ex-president, according to new messages revealed by prosecutors last night. pic.twitter.com/JX1MvvsGR2