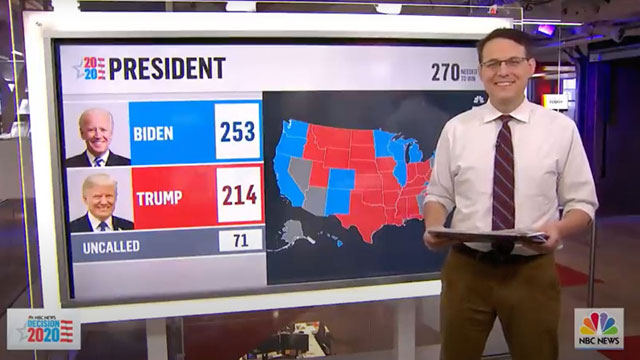 • Deadline: NBC News and MSNBC correspondent Steve Kornacki, the data guru who became one of the breakout stars of election night coverage last year, will develop a game show for NBCUniversal’s television and streaming group, and will officially join NBC Sports with plans for appearances during Olympics coverage and Super Bowl LVI.

• Pink News: Oregon will become the 14th state to ban the gay and trans panic defense in legal proceedings. State lawmakers have passed the legislation by a near unanimous vote. The bill would ban legal defenses that claim a victim’s sexual orientation or gender identity was a justifiable trigger for a defendant’s violent or lethal reaction.

• OUT: Out Olympian Adam Rippon is teaming with Twitter and NBC Olympics to host a live daily show on the social media platform covering this summer’s games in Tokyo. The new daily interactive program entitled Talking’ Tokyo will be broadcast live on Twitter.

• Attitude Magazine: John Barrowman has been cut from the upcoming Doctor Who: Time Fracture immersive theatrical production following allegations of inappropriate behavior on the sets of Doctor Who and Torchwood.

• Gaycation Magazine: Each week on Fridays, Gaycation Travel Show will air episodes treating viewers to various experiences based around the people who live in the destinations, and will learn more about the Queer perspective in each city, the best places to stay, eat and explore, as well as what to pack for each location.