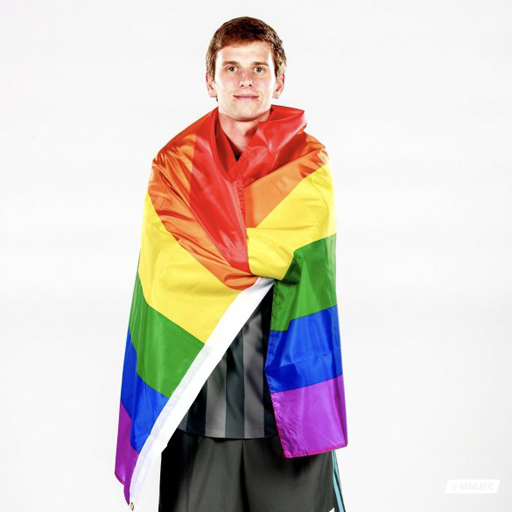 “Tonight my team, @mnufc , is having their Pride night. It’s an important night for me — I’ll be announcing that I am an openly gay player in Major League Soccer. #soccerforall,” wrote the 23-year-old just hours before Minnesota United hosts their Pride Night playing FC Dallas.

Tonight my team, @MNUFC , is having their Pride night. It’s an important night for me — I’ll be announcing that I am an openly gay player in Major League Soccer. #soccerforall pic.twitter.com/cOJQXfrBiv

Attached to his tweet was a more detailed statement which read:

“I have been out as a gay man for many years to my family and friends, and this includes my teammates. I have played Major League Soccer for 6 seasons: 4 seasons with DC United and 2 seasons with Minnesota United. Today, I’m proud that my entire team and the management of Minnesota United know that I am gay. I have received only kindness and acceptance from everyone in Major League Soccer and that has made the decision to come out publicly that much easier.
“As we celebrate Pride night, I want to thank my teammates for their unconditional support for who I am. In light of my experience as a professional athlete, I want to take this moment to encourage others who play sports professionally or otherwise to have confidence that sport will welcome them wholeheartedly. June is Pride month, and I am proud to be playing for Pride, and to be playing as an out gay man.”

Martin is now the second openly gay professional soccer player in MLS history following Robbie Rogers, who came out in 2013.

Rogers, Collins and Sam have retired from their sports, which means Martin is currently the only openly gay active player in any major pro sports league in the United States.

Don Garber, MLS commissioner, said in a statement, “We admire Collin’s courage, and are proud of him and of the support from the soccer community.”

Visibility is the key to acceptance, so here’s opening more pro athletes step up and come out.

His team followed up Collin’s announcement with a tweet of support with the hashtag #SoccerForAll:

And his old team tweeted their support as well:

Sending you love and support from D.C., Collin! Have fun tonight!

Love this! So so inspiring thank you Collin! Good luck this season, except against the @LAGalaxy https://t.co/trkAO9YI2i