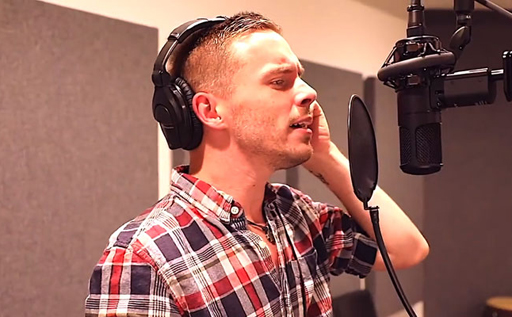 With a shooting in Maryland today, and worries about the Supreme Court, now’s a good time for music that can lift us up.

Out country artist Chase Sansing has released a new music video to raise awareness of homelessness in Nashville.

The remake of Michael Jackson and Lionel Richie’s mega-hit “We Are the World” was filmed throughout Music City by Sansing himself.

“I chose to re-record ‘We Are the World’ because I wanted shine a light on the issue of homelessness in Nashville, but this is a problem seen around the country especially among LGBTQ youth,” said Sansing. “It seems like the problem keeps getting worse instead of getting better.”

According to a study by Chapin Hall at the University of Chicago, one in 30 youth ages 13 to 17 and one in 10 young adults ages 18 to 25 endure some form of homelessness in the U.S. each year.

Lesbian, gay, bisexual, and transgender (LGBT) youth had a 120% increased risk of experiencing homelessness compared to youth who identified as heterosexual and cisgender. This often stems from a lack of acceptance that young people experience both in and outside of the home.

“It’s impossible for me to sing something I don’t feel, which is why my videos usually have an emotional pull on them,” says the 25-year-old.

“Kelsey, Justin, Rae and I all agreed this is a very important issue we all believe in. If we all lend a hand, maybe we can help decrease the number of homeless LGBTQ youth in our country.”

I’ve previously written about Chase and his music here.