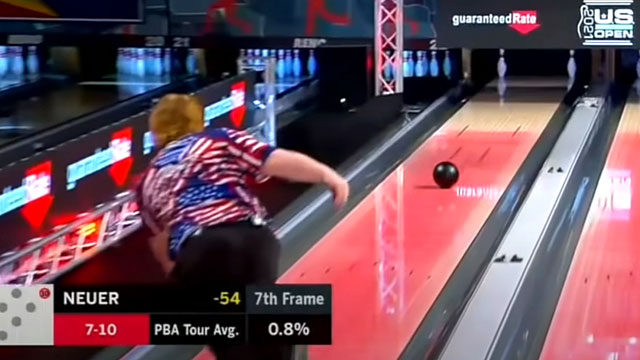 I spent much of my childhood in bowling alleys. It was the only sport I was ever actually good at.

My god mother was a pro-bowler, and she would take me to tournaments where I loved hanging out with the major players of the Professional Women’s Bowling Association.

At the age of 14, my bowling average was something like 209 and I considered maybe going pro myself. But, anyway…

All that to say: anyone who’s ever rolled a ball down an alley can appreciate this accomplishment by the ‘Ginger Assassin,’ Anthony Neuer.

Neuer converted the 7-10 split on national television marking only the fourth time in TV history that’s happened. AND, the first time in 30 years.

Still, give it up for Neuer. If you’ve never seen it done, check it out below.