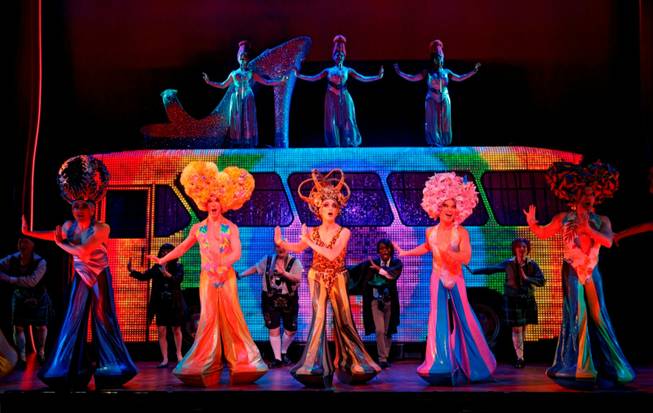 “Priscilla, Queen of the Desert” will be packing up the fab disco bus and heading back out on the road a bit early.  The Las Vegas Sun shares the unhappy news:

The critically acclaimed North American tour was originally booked at The Venetian Theater through mid-August, or 11 weeks, but an analysis of ticket-sale trends has led producers to adjust the schedule to a five-week run.

As the longest stop on the tour, the Las Vegas engagement of “Priscilla” received rave reviews from critics and continues to draw enthusiastic audience reactions. At its final curtain July 21, the cast will have performed 30 performances at The Venetian.

I attended the opening night and had a ball, as did the entire audience. Instant standing ovation for the exceptional cast. I am glad to see the tour will continue from Las Vegas though with performances in San Francisco beginning on Aug. 21.

Tickets for the remaining run can be purchased by clicking here.  GO!

I also recently interviewed the 3 principal actors of the show Wade McCollum (“Tick”), Bryan West (“Felecia”) and Scott Willis (“Bernadette”) for The Candi & Randy Show. You can listen to the terrific trio by clicking play below.