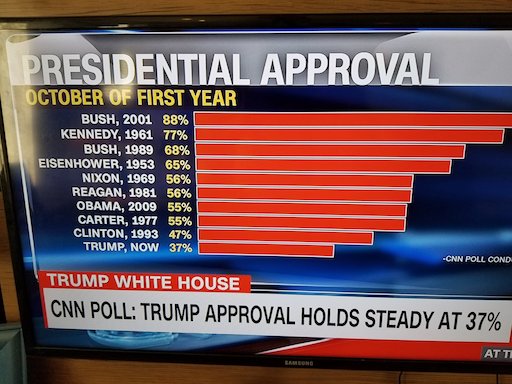 A new CNN poll shows Donald Trump has the lowest approval rating of any president in modern history.

At a dismal 37%, Trump ranks at the bottom of the last ten presidents.

Obama notched a 55% approval rating as the nation was just beginning to see action after the economic crash of 2009.