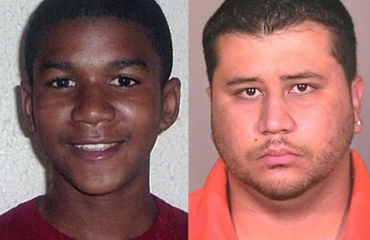 More bad news may be on the way for George Zimmerman.  The FBI is conducting their own investigation to consider adding a federal hate crime charge to the murder charge already filed by the state of Florida against George Zimmerman.

FBI
investigators are actively questioning witnesses in the retreat at the
Twin Lakes neighborhood, seeking evidence for a possible federal hate
crime charge. Martin was unarmed when he was shot to death, police said,
and some accuse Zimmerman of targeting the teenager solely because of
the color of his skin. WFTV legal analyst Bill Sheaffer said federal
prosecutors would have to prove the hate crime to charge Zimmerman,
though. “What the government would have to prove is that Mr. Zimmerman
acted out of hatred toward African-Americans. That’s why he came into
contact with him. That’s why he shot and killed him,” Sheaffer said.
Sheaffer said a federal hate crime murder charge could bring more
serious consequences than the second-degree murder charge Zimmerman
faces now. “Mr. Zimmerman could be punished by up to life in prison or
even the death penalty,” said Sheaffer.