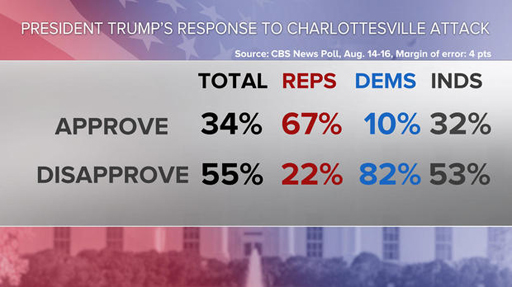 According to a new CBS News poll, a majority of Americans – 55% – disapprove of Donald Trump’s handling of the white supremacists’ violent rally in Charlottesville last weekend.

But, among Republicans,  67% approve of the Trumpster’s comments on the issue.

The poll began Monday night, before Trump’s contentious press conference Tuesday, and continued through Wednesday. The disapproval numbers ticked up after his comments to reporters asserting there were “fine people” on both sides of the clash between neo-nazis and counter-protesters. 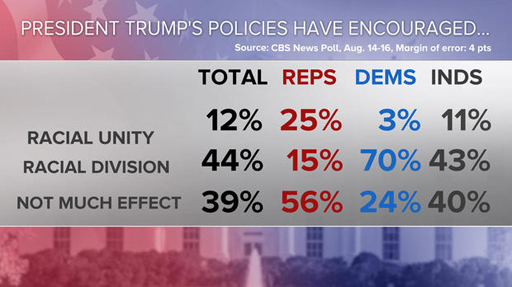