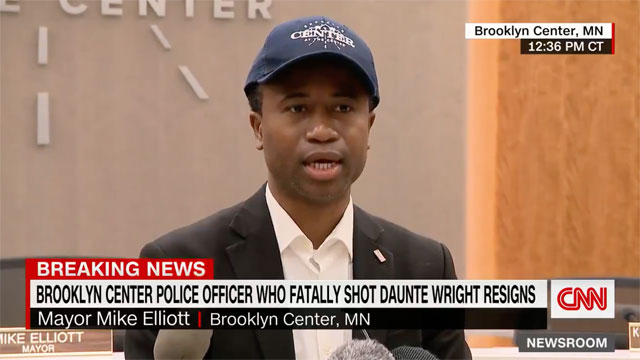 “I am tendering my resignation from the Brooklyn Center Police Department immediately. I have loved every minute of being a police officer and serving this community to the best of my ability, but I believe it is in the best interest of the community, the department and my fellow officers if I resign immediately.”

Elliott said the city did not ask Potter to resign, and that it was a decision she made herself. The mayor said he hasn’t officially accepted Potter’s resignation, and that the city is completing its internal process “to make sure we’re being accountable to the step that we need to take.”

Elliott would not comment on whether Gannon gave a reasoning behind his resignation. 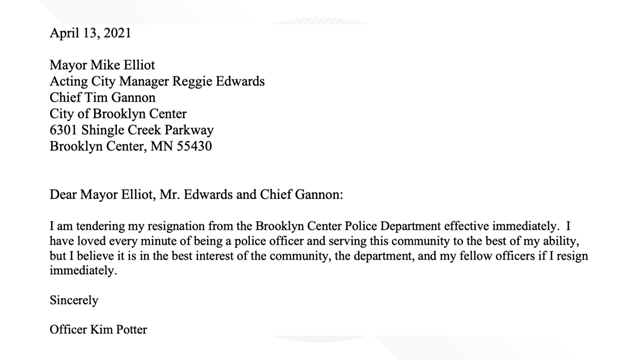 No word on if Potter will be arrested for the homicide of Daunte Wright any time soon.

‘Great … put her in jail like they would do any one of us’ — Naisha Wright, in response to hearing that the officer who killed her nephew Daunte Wright has resigned pic.twitter.com/95oPUPMq8Y

None of the 49 sworn Brooklyn Center police officers actually live in Brooklyn Center, according to Mayor Mike Elliott. “We do feel very strongly that we need officers to be from the community,” he says.