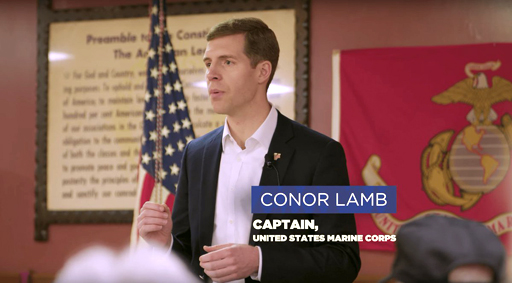 According to Monmouth University polling:

• If turnout mirrors recent special elections that have shown a Democratic surge, Lamb holds a 51% to 45% lead over Saccone.

• Using a higher turnout model, like those in a presidential election year Lamb leads with a 51% to 44% advantage.

• Lamb rates a 53% favorable and 33% unfavorable rating from likely voters in the district.

• Saccone has a lower favorable rating at 47% favorable and higher unfavorable at 43%.

Super-smart statistician Nate Silver notes that a race this close is a very bad sign for Republicans since Donald Trump won this district by 20 points in 2016, and Mitt Romney won it by 17 points in 2012.

All of that being said – if you are in the 18th Congressional District get out and vote tomorrow!

Stating the hopefully-obvious, but the fact that PA-18 is competitive is a really bad sign for Republicans. It voted for Trump by 20 points and Romney by 17.