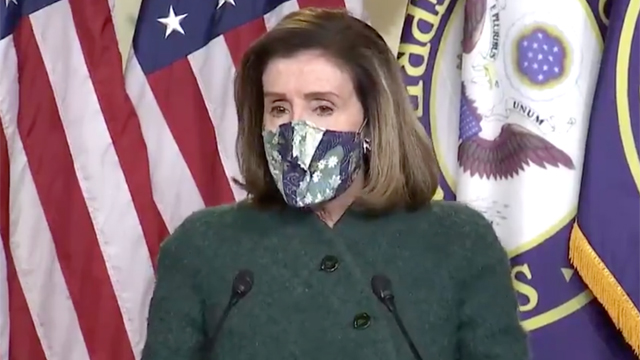 Speaker of the House Nancy Pelosi is furious the Republican leadership of the House has assigned freshman QAnon Rep. Marjorie Taylor Greene to the

Among other things, Greene has claimed that the killing of 20 children and six educators at Sandy Hook Elementary School was a hoax.

Greene has had herself recorded as she chased and berated 17-year-old survivor of the Parkland shooting, David Hogg, and then celebrated her behavior by posting it on social media.

“What could they be thinking — or is thinking too generous a word about what they might be doing. It’s absolutely appalling.”

In related news, Rep. Jimmy Gomez (D-CA) has announced that he will introduce a resolution to expel Greene after recent news reports revealed that Greene had previously called for violence against Democrats on social media.

A two-thirds majority is required to expel a member from the House, meaning Gomez’s resolution is almost certain to fail in a chamber where Democrats hold a razor-thin majority.

Reporter: “What do you mean when you say ‘the enemy is within?'”

“Republican House Minority Leader Kevin McCarthy must explain how someone with this background represents the Republican party on education issues. He is sending a clear message to students, parents, and educators about the views of the Republican party.”https://t.co/5HuzljwZfW

We stand with Parkland survivors against vile harassment and lies from Rep. Marjorie Taylor Greene. @davidhogg111, thank you for being an upstander against violence and demanding Congress take action to prevent school shootings. @mtgreenee @RepMTG #EndGunViolence https://t.co/UUaXZngc6X

“Her very presence in office represents a direct threat against the elected officials and staff who serve our government,” @RepJimmyGomez said in a statement calling for Rep. Marjorie Taylor Greene @mtgreenee‘s ouster from Congress.https://t.co/diPSiNVKgc via @matthewchoi2018