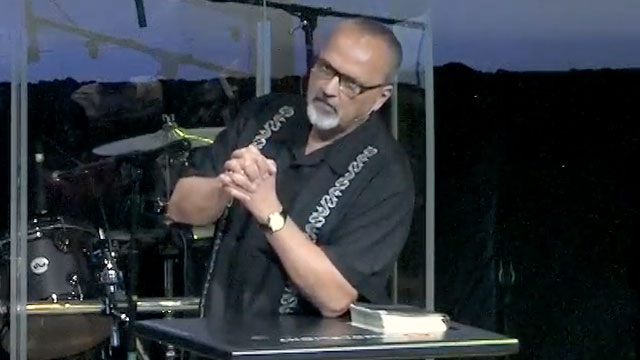 A pastor in A Coeur d’Alene, Idaho, is being treated for COVID-19 at the Kootenai Health intensive care unit after who opening his church in May for in-person services that encouraged unmasked congregants to gather.

Who’d have ever guessed something could go wrong?

Paul Van Noy, the senior pastor at Candlelight Christian Fellowship, has spent the past two weeks in the ICU while his wife, Brenda Van Noy, recovered from her own bout with COVID-19 at home. Five other church staff have been infected, said Eric Reade, body ministry coordinator the church.

The church closed its doors for two weeks and underwent deep cleaning before reopening for in-person services Sunday, Reade said.

“We didn’t want, obviously, to be spreading the virus,” he said.

Van Noy, who apparently has a history of sharing his political views from the pulpit, has publicly shared his doubts regarding the efficacy of wearing face coverings to help protect against the virus.