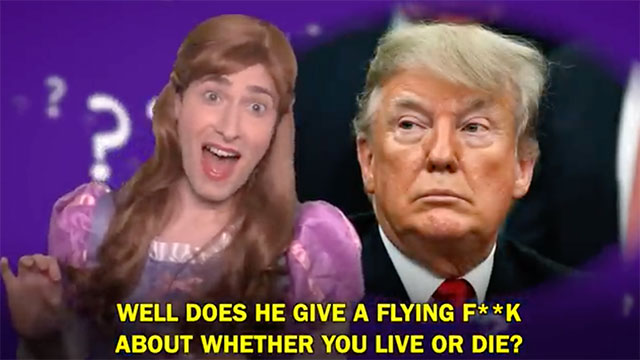 Randy Rainbow turns in this musical rumination on which presidential candidate to vote for (hint – yeah, you already know the answer) set to the tune of Enchanted’s “How Will You Know?”

Rainbow first ticks off some of Donald Trump’s, umm, qualities:

Well, does he give a flying f**k about whether you live or die?
Cover-up his crimes and wish them all away?
Does he lock children in cages? Act like Nazis are okay?
That’s how you know, that’s how you know that he’s the one.

And then’s there’s his assessment of Joe Biden:

In the end, it all comes down to “One’s an incompetent toddler, the other one’s name is Joe, that’s why it’s Joe – He’s the one.”