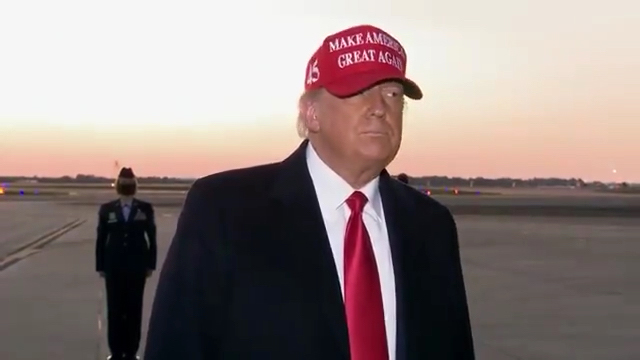 Speaking to reporters during a campaign stop in North Carolina, Donald Trump railed against the idea that ballots – specifically mail-in ballots preferred by Democrats in this presidential cycle due to the ongoing coronavirus pandemic – would be counted past election night.

Basically, Trump is arguing that millions of voters be disenfranchised by having their ballot thrown out if it’s not counted by midnight on Election Day.

Trump also warned that he plans on going into states “the night of, as soon as that election is over, we’re going in with our lawyers.”

As everyone knows at this point, every state sets its own rules for when a ballot can be accepted and counted. Some states have laws allowing a ballot to be counted as long as they are postmarked the day of the election and received within a certain number of days.

In other states, the ballot has to be received by Election Day.

Here’s a breakdown of when key states will begin to start counting ballots as well as their cutoff dates for receiving those mail-in votes.

President Trump: “I think it’s terrible that we can’t know the results of an election the night of the election.” pic.twitter.com/YTAlDRjNzE

Hasn’t anyone explained to him that PA can’t, by law, begin to count mail-in ballots until Election Day even if they were received weeks earlier? Is he playing stupid, or is he just really stupid?

Votes are always counted after Election Day. If you try to stop that count, you’re disenfranchising Americans, including many members of the military serving overseas.

The man who objected to early voting now says people should have put their ballots in a month ago.

Trump didn’t just kill irony; he wore a Hawaiian shirt to irony’s funeral and farted during the eulogy.

Lol.. they were counting Bush v Gore until December and 2 of his Supreme Court picks argued for EVERY VOTE to be counted.