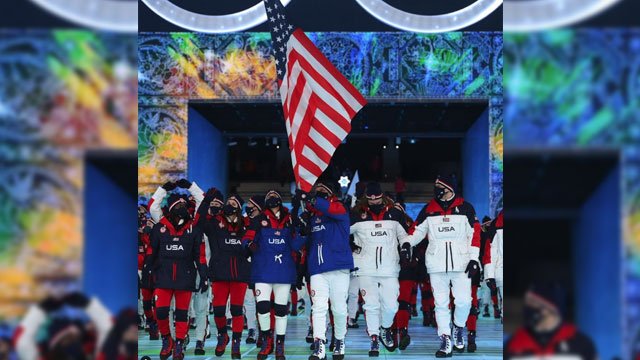 Out US speed skater Brittany Bowe was honored as an official flag bearer for Team USA in the opening ceremonies for the Olympic Games in Beijing.

The moment is notable for a couple of reasons.

First, for Team USA to choose an out athlete to lead our Olympians in such a high profile position makes a powerful statement for LGBTQ Americans.

Second, to make that statement during an Olympic Games being held in China, where LGBTQ people face many challenges, sends a most excellent message.

Third, the USA is the only country to have a publicly out athlete serve as a flag bearer at the Beijing Games.

Bowe, who scored a bronze medal in the 2018 Winter Olympics, is considered a favorite to win gold in the women’s 1000-meter race.

Among her other sporting hardware are four gold medals from the Speed Skating Championships, a gold from the Pan American Games, and eight gold medals at the Women’s World Championships for inline speed skating.

Bowe was originally selected as a backup flag bearer but stepped up when another athlete tested positive for COVID.