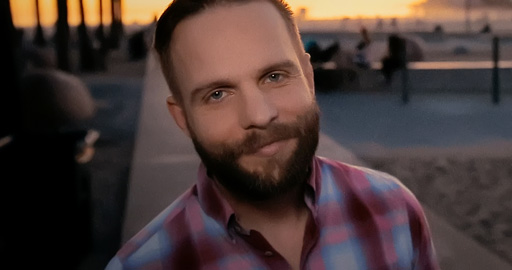 A Randy Report favorite, singer/songwriter Tom Goss drops his latest single – “Gay Christmas” – just as many of us are making plans (or not) to head home for the holidays.

The track is classic Tom Goss as he trusts his solid melody and taut, sober lyrics to convey what many LGBTs feel during the holiday season.

The song, which comes out as millions of people head home for the holidays, was inspired by the pain many LGBT people feel while struggling to be accepted by their families and childhood friends.

“Too many of us have had to learn to accept less from our families when it comes to fully embracing us for who we are,” says Goss, who hails from Wisconsin but now lives in Los Angeles with his husband. “It’s become even worse since the election, due to the sense of betrayal we felt when we learned how family and friends voted. Yet we are expected to be the ones to forgive, to ‘move on’ and pretend everything is okay, even as the current administration and GOP keep supporting anti-gay politicians and policies.”

Though the song is somber — weary vocals set against a toy piano and music-box chimes — it ends with a redemptive and powerful decision: the narrator refusing to accept less by going home, choosing instead to spend Christmas in a better place.

The accompanying music video, directed by Nathaniël Siri, brings that positive ending to life. The camera follows five people who feel alienated from the Christmas spirit, but who redeem the day by gathering for a “Friendsmas” picnic.

“Gay Christmas” is available on iTunes, Spotify, and CD Baby.