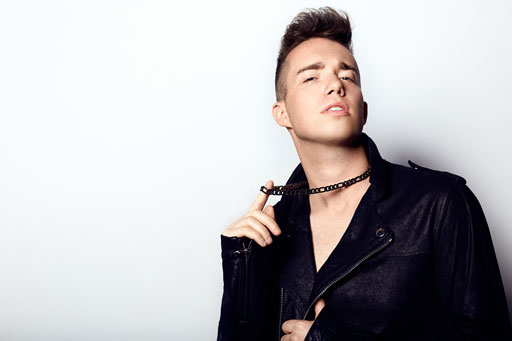 Out indie pop artist Parker Matthews is currently “Feelin’ Right” and he wants you to be right there feeling it with him.

The Pittsburgh native has displayed notable versatility with previous singles “Lost With You” and “Hit and Run,” which I wrote about back in May.

For this new release, the soulful singer switches up the beats – this time taking the listener on an intimate, private flirtation.

In this Q&A, the handsome indie artist chats on his new, sexy groove.

The Randy Report: Your last single, “Hit and Run,” was an upbeat, bouncy bop. Your new track, “Feelin’ Right,” sounds like liquid sex. What was the inspiration for the song?

Parker Matthews: For this record, I want to take things a little bit deeper and show you a side of me thats more sexual. The song is about becoming obsessed and almost addicted to the way someone can make you feel when you’re in that moment. It’s when you find that person to get you through the night and keep you feelin’ right.

PM: I really do love it all, but recording is my favorite part by far. I get to be in the booth, in that moment, with just the mic and me.

When I was recording this record, I had all the lights in the studio turned off and some candles lit to really set the tone. When you record material like this, it’s about giving the perfect delivery right up close and personal to that mic. Recording is when you can truly make the song your own.

Writing is a close second though. Lyrics mean the world to me, and when my team and I have writing sessions, I like to go off into a different room, lock myself away, and let the words speak for themselves. 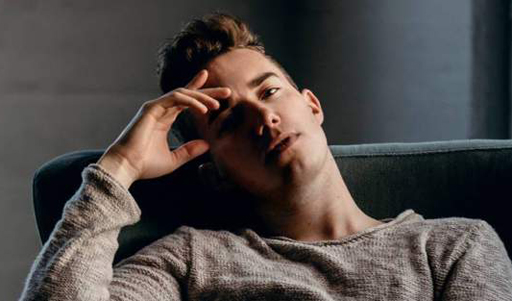 TRR: Who’s currently at the top of your list of ‘dream collaborators?’ And why?

PM: There are so many amazing artists out there right now, and I am always open to collaboration, but in the rap game, I’d be down for a collab with Nicki Minaj because I love her tone.

In the pop world, Jessie J, Ariana, or my hometown girl, Christina Aguilera, all have a such amazing voices. And that’s something I have the ultimate respect for.

For “Feelin’ Right,” Matthews’ silky smooth, sensual vocals sit right in the pocket for the bulk of the low-key song. The bridge introduces an accelerated heartbeat (you know where this is going) that leads to the climax of the song, leaving just enough time for some post-romantic after-glow.

The entire track oozes a confident sexual vibe that borders on intoxicating without crossing the line into being heavy-handed.

This enthralling follow-up proves he is definitely more than a ‘hit and run.’ We expect to hear much more from Matthews.

You can check out this interview with The Randy Report podcast where the Pittsburgh native shares how his own personal experiences influence his approach to making music.

“Feelin’ Right” is currently available on all digital download sites including iTunes.