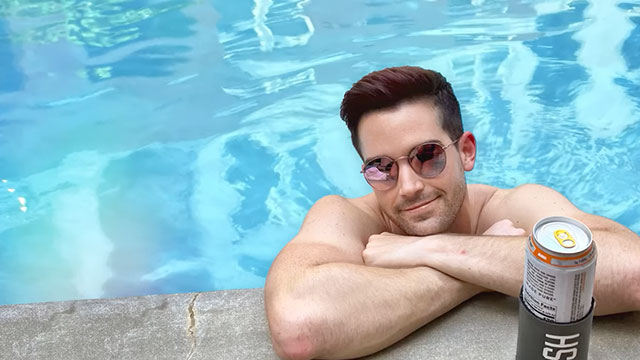 Stick a White Claw in a Yeti koozie
Ain’t no shame in being backwoods bougie
Rockin’ knock-off Ray-Bans cause we ain’t got Guccis
It ain’t fancy, it’s just backwoods bougie

“Honestly, the inspiration for this song is simple,” Hayden recently told HollywoodLife. “I grew up in the south, having fun on the water and never requiring anything fancy for a good time.”

But when he moved to the city, Hayden found “people there act like you need to spend a ton of money or feel like you’re attending ‘exclusive’ events to have fun. Anyone who grew up outside of a major metro knows that’s all BS — there’s nothing wrong with being ‘Backwoods Bougie.’”

“This is by far the most light-hearted song in my catalog,” the 27-year-old adds. “Most of my songs have deep, personal lyrics. This one is just meant to lean into country cliches and be clever and-or fun.”

The South Carolina native also shares that he and his co-writer chose “White Claw” instead of “beer” in the lyrics for a reason.

“We wanted a summer party song, but we wanted it to be something relatable to us — two gay men who don’t love beer. Shockingly – kidding! — that seems to have ruffled die-hard country feathers.”

“Backwoods Bougie” is available now on all major digital platforms.