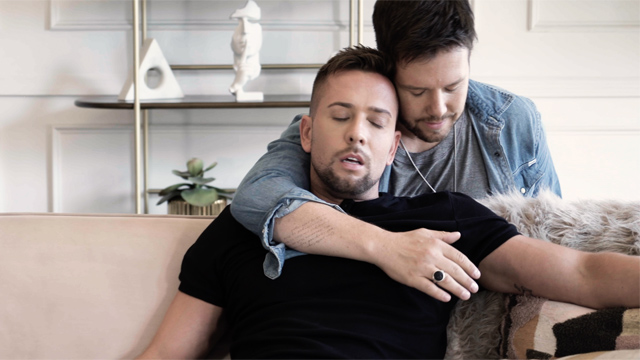 Former American Idol David Hernandez drops his new summer anthem, “ILY.” with an powerful message of how vital it is that we love one another for who and what we are.

Hernandez, who has been a force in pop music since he hit the national spotlight on American Idol in 2008, sings his face off in “ILY.” Leaving no corner of his vocal range and power untouched, the 37-year-old is brimming with joy and passion. This is a real singer, folks.

In the music video (by Arno Diem), Hernandez and his co-star – Benji Schwimmer of So You Think You Can Dance fame – play a couple struggling with each other’s shortcomings and insecurities.

They visit a therapist, played by trans actress, Alexa Abraxas, and discover that through the heartache, they share a common thread of love for one another and that for many, it’s the obstacles we overcome that make a relationship stronger.

“Talent is a funny thing,” says Schwimmer, who also choreographed the artful and nuanced movement for the video. “It sometimes means you have to deal with personalities that aren’t the easiest to get along with because it goes hand in hand with one’s genius. That was not the case with David.”

“Here you have an artist who not only can sing the roof off but also was on time for every rehearsal, practiced till we both were hot sweaty messes and never stopped seeking the best solutions to the project at hand,” continued the dancer/choreographer.

His previous single, “Beautiful,” released in 2016 became a Billboard Top 200 Dance Chart hit – and I named the track one of the Top 5 LGBTQ singles of 2016.

By the way, hit that link to my Best of 2016 podcast – wow, what a great year in LGBTQ entertainment that was! 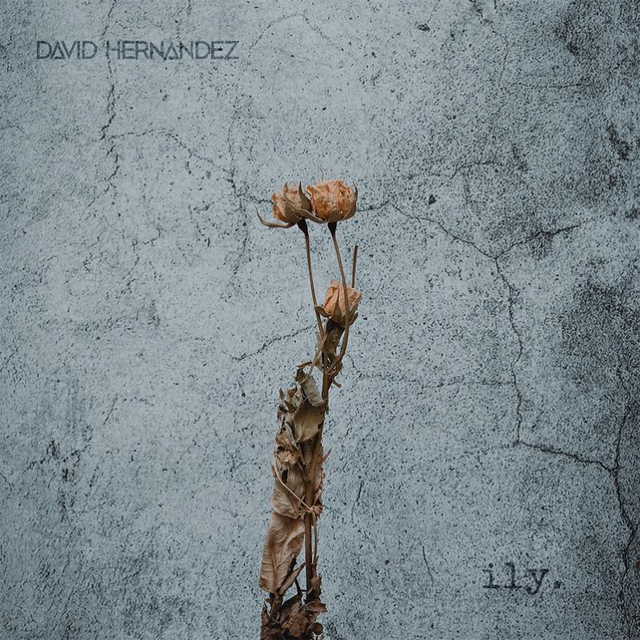 With this release, Hernandez says it’s important that we normalize the LGBTQ experience, and instill in everyone that love is love, regardless of race, gender, or sexual orientation.

“Growing up, I was only taught the dynamic and gender roles between a man and a woman,” Hernandez reflects. “There was never any rule or guide book on how two men can coexist in a romantic relationship. Navigating it on my own has been challenging, especially when many people in the world still continue to view same sex relationships as not normal.”

“We are all beautiful and intricate beings that just want to love and be loved,” he adds. “This Pride season, be who you are unapologetically and authentically. Break free from judgment and live your best life! ILY.”

Hit the play button below to take in “ILY.” You can also check out my coverage of his recent releases – “Kingdom” and “Boomerang.”