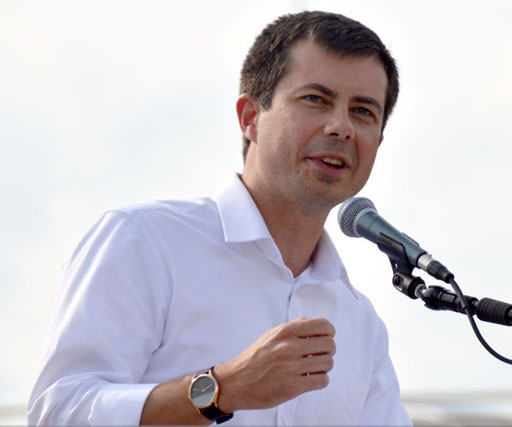 In what could be history in the making, Mayor Pete Buttigieg of South Bend, Indiana, released a video today announcing he has formed an exploratory committee for president.

It he does run, which seems likely, Buttigieg would be the first openly gay Democratic presidential candidate.

He became the youngest person elected to the office of mayor in South Bend at the age of 29 in 2011. He also holds the distinction of being the youngest mayor of an American city with a population of at least 100,000, according to the Washington Post.

He came out in 2015 by penning a personal essay in the South Bend Tribune, just weeks before the historic U.S. Supreme Court ruling which made marriage equality the law of the land.

At the time, he wrote, “Being gay has had no bearing on my job performance in business, in the military, or in my current role as mayor.”

“It makes me no better or worse at handling a spreadsheet, a rifle, a committee meeting, or a hiring decision,” he continued. “It doesn’t change how residents can best judge my effectiveness in serving our city: by the progress of our neighborhoods, our economy, and our city services.”

I launched a presidential exploratory committee because it is a season for boldness and it is time to focus on the future. Are you ready to walk away from the politics of the past?

In his announcement video, Buttigieg says, “When I arrived in office at the beginning of this decade, the national press said that our city was dying.”

“People on the outside didn’t believe our city had a future,” he adds. “We propelled our city’s comeback by taking our eyes off the rearview mirror, being honest about change and insisting on a better future.”

“The reality is there’s no going back, and there’s no such thing as ‘again’ in the real world,” says Buttigieg in what seems like a veiled swipe at Donald Trump’s ‘Make American Great Again’ slogan.

In 2009, he was commissioned as a naval intelligence officer, and was deployed to Afghanistan in 2013 while serving as mayor.

He was honored with the Joint Service Commendation Medal for his counterterrorism work, and remains a lieutenant in the Naval Reserve.

Two years ago, he ran for Chair of the Democratic National Committee helping to build his national profile.

He married his husband, Chasten Glezman, in a private ceremony on June 16, 2108. Glezman is featured in Buttigieg’s announcement video.

He is the youngest person to formally announce an interest in the 2020 Democratic nomination for president.